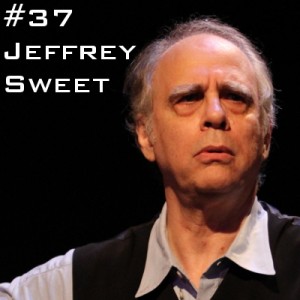 Whoa boy  we've got an interview with the one and only Jeffrey Sweet! The famed playwright, historian, and author of Something Wonderful Right Away joins host Louis Kornfeld for this extended episode of the podcast. They start out by discussing the relationship between the Jews fleeing the Cossacks and the rise of satire in America. Jeffrey talks about the origins of improvisation with The Committee and Second City, highlighting some differences between the two as well as  commenting on folks like David Shepherd and Del Close. Time is spent discussing the six heavy hitters that the improv world lost in 2014: Sheldon Patinkin, Gary Goodrow, Ted Flicker, Harold Ramis, Mike Nichols, and Joan Rivers. They also get into the domino effect of Something Wonderful Right Away influencing Mick Napier and Charna Halpern to develop their theaters and how Jeffrey might be the illegitimate grandfather of the long-form improv scene in NYC. Jeffrey also talks about how Stephen Colbert and John Stewart are so important to the comedic and political landscape today and gives us his take on the modern incarnation of SNL. The interview continues to discuss the link between improvisational theater and folk art and how the satirists have now become a part of the system. It's an episode filled with so much historical, political, and cultural discourse that Jeffrey pauses several times over the course of this interview to ask, "We are talking about comedy, right?" Indeed, we are.

Subscribe to the Magnet Theater Podcast via iTunes and Stitcher.

Or simply enjoy Episode #37 below via SoundCloud.