Q&A: A Walking Tour of Mags Corners with Sam Rogal

Summer in the city can be sweaty, smelly, sticky. Why not escape the heat, the tourists and the spotty subway A/C with a little trip to a small town? Now you can, in as little as an hour, just by watching A Walking Tour of Mags Corners, Monday August 27 at 7:30pm. Sam Rogal promises that the town is a hidden gem--that is in no way harboring unspeakable secrets, he swears! 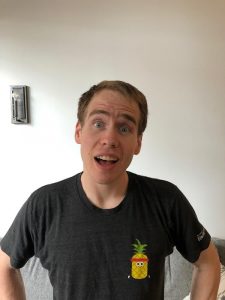 Can we start by revealing how the name "Mags Corners" came to be?

Get ready for a thrilling tour of the wonderful Mags Corners! Named for founding siblings Melvin, Amos, Geraldine, and Sophia Cornerero, Mags Corners is a small town with a big heart.

What does A Walking Tour of Mags Corners entail? Who is our tour guide?

Your guide for the tour is none other than Farmer Tom Farmer, a local farmer who loves his home town more than anything. He'll take you through all the major sites and sounds of the Town during the very special Founder's Day festival that celebrates the founding of Mags Corners.

We don't mean to gossip but we heard that Mags Corners may have...secrets, perhaps of the unspeakable variety?

Now yes, the town does have it's dark corners and evil doings, but don't you worry about that. If you survive the tour you won't be able to resist Ole Mags Corners.

Tell us about working with Joanna Simmons as a director!

I developed this show with the wonderful Joanna Simmons who also directed Asian Gracefully and Never Talk in Character (amongst many solo works). I had a script that was in it's early stages when I took her monthly solo class which really helped grow the show into what it is. We've been working together in the months since then to polish and refine the show and I'm very excited about it. Joanna really helped me take what I wrote and put intention and thought into every line and movement, which was vital to bringing the show to the stage.

What's something you learned from putting up a one-man show?

Doing a one person show is difficult but rewarding. It really forces you to ask why you're doing the show, and what you have to tell the audience, to make sure that your show has a clear relevant message and it pushes you as a performer to earn the audience's eyes with every small piece of the show. 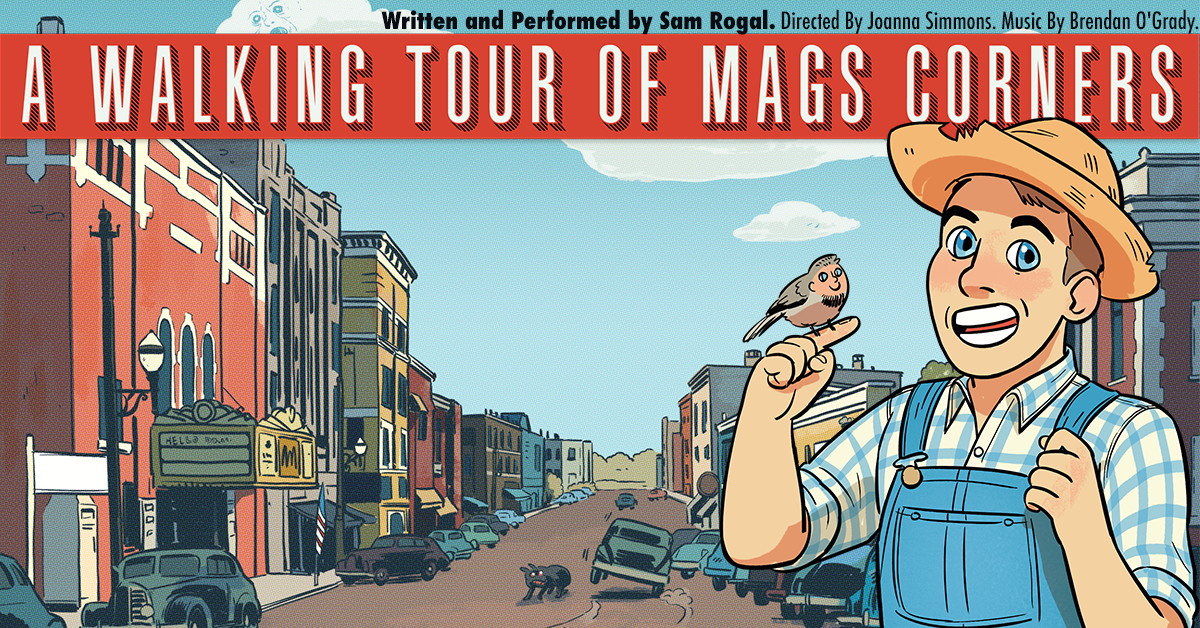