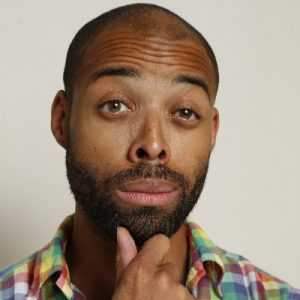 Musical Megawatt performer Chris Bell bares all about his his upcoming show Comic Strips. With the help of his friends, Chris combines the styles of burlesque and game shows into a night of fun and laughter. This comedy boylesque show will make its Magnet Theater premiere Friday, September 15th, at 11:15pm.

What is Comic Strips and when did it become a show at the Magnet Theater?

Comic Strips is a comedy boylesque & game show. Itll be a night of odd character stripteases and bawdy games hosted by the fabulous Madame Jiji. The night will really be an experiment of an idea I had years ago (more on this to come later) and is the shows birthday so if you want to see how babies are made, come to the show!

Disclaimer: Actual babies will not be made at this show.

What kind of games will you be playing during Comic Strips?

There will be games of mystery and intrigue, exocitc games from the ancient tribes of South East Africa, but most importantly, there will be games that arent any of those just mentioned. The games well play will be dumb, fun, and sexualy suggestive cause, hey, this is partly a burlesque show after all!

What inspired you to combine boylesque with comedy?

The idea came to me maybe 10 years ago when a good friend called me up and asked if I knew someone who would strip for her best friends birthday party...but dressed as a Hasidic Jew. I thought this was hilarious so naturally I had to do it. We all ended up having a blast and I wondered how it was possible that there wasnt a NYC company out there offering this service. Funny character stripteases that is. Fast forward 10 years later; Ive quit my job and Im putting together a prototype of that company to see if the idea has legs. Comic Strips (this Friday night @ 11:15pm, be there) is the beginning of my frankenstein monster. Will it break loose and wreak havoc on the streets of New York? I hope so!

Who would be your ideal guest for Comic Strips?

Darth Vader hands down, because wouldnt it be fun to take a ride on the Dark side?

What does it mean for you to have a Friday night spot at the Magnet Theater?

It means a lot of work! #JesusBeAXanax

No, Im very excited to be able to do this show at the Magnet. Its a great community to be a part of and what better place to do an experimental show than at my favorite comedy safe space and no, I am not getting paid to say that.

Besides boylesque and improv, have you performed in other types of shows?

My educational background is theater so in college I performed in several types of shows from dance shows to musicals to plays. Ive done a few summer stock seasons of musicals as well as a year of childrens theater in Lexington Kentucky before I moved to NYC. Ive been in New York for 10 years now and have produced, directed, and acted in various projects both for the stage and screen. A couple of random voiceover gigs too which were a blast including a recent video game you can find on Steam called The Low Road.

And now for the biggest confession of all, Ive never actually performed burlesque so (prepare yourself for another shameless plug) come this Friday at 11:15 pm to see if I succeed or fail. Either way, it should be entertaining!

What do you want audience members to take away from the show - that they wouldnt normally from a traditional improv/ sketch show?

I guess Comic Strips is celebration of the human body and sexuality. But most importantly, I want it to be a shit ton of fun. Not too different from any other comedy show right?

Comic Strips debuts at the Magnet Theater on Friday September 15 at 11:15pm. Don't miss it! 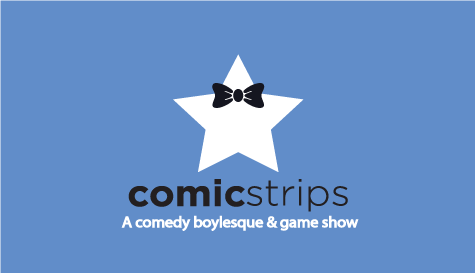