Q&A: “The Setup” with Eleanor Lewis 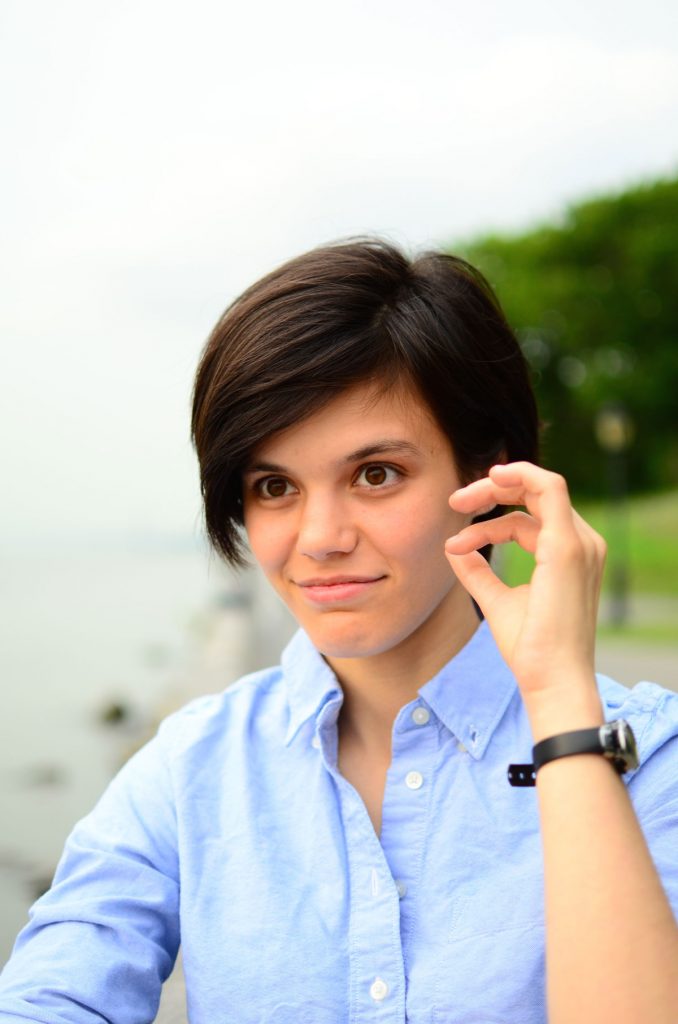 This month's Director Series, "The Setup," comes to us from the brilliant mind of Eleanor Lewis. Eleanor is most often seen on stage with Megawatt team Sexy Baby, but for the month of September, she's sitting in the director's chair, working with a special cast on a show of her own creation. We've interviewed her to find out more about the show and where her compass is pointing!

Tell us about the concept of The Setup. How did you come up with this idea?

First of all, thanks for having me. This studio is very comfortable and expensive-looking!

The Setup is an improvised one-act play where the audience designs the set - so, basically a monoscene with a theatrical style. A few months ago I was thinking a lot about my favorite improv shows and realized that the ones that stuck with me were always the ones that were either so funny they were unforgettable, or ones where the actors took their scenes seriously and took the time to explore the subtleties of their characters and relationships. The ones I still think about all the time have both - it's something that a lot of really good duos have because they're so patient and trusting with each other. They can be so silly and dumb, and then in the next breath extremely human and touching.I started thinking of ways to set up a show that encouraged this kind of improv, and the idea of giving the actors a designed set, just like in a real play, was the one that was the most interesting to me. I thought it would give the performers the sense that they could take their time and explore their world without giving them an explicit directive to form a narrative, or forcing them into being artificially dramatic.

Then I just had to pick a cast of strong actors who are also - and I hope they're cool with me saying this - incredible weirdos. People who can do complete nonsense with gravity and a straight face, and love doing it.

How does the audience get to design the set for the show?

I wrote a web app. It's very buggy, but the audience can use the app on a tablet out in the lobby to design the set. We take the tablet into the theater, set the stage, and nobody has to go through the awkwardness of dragging chairs around while everyone watches them. Technology can be isolating, and sometimes that's a good thing!

How is improvising with a set different than working without one?

There's a sense that everything is intentional, which is basically a trick, but a good trick. It puts you in the mindset of being in a play where everything exists on purpose. But, you still have the spontaneity of improv where the cast can surprise each other and themselves. Also, improv scenes demand that you answer a lot of questions - who are we? What are we doing together? Answering the question "what does this space look like, physically?" is unusual as the very first thing that happens.

Your show is an improvised one act play. What plays inspire you as an improv director?

I'm actually extremely ignorant and poorly-read when it comes to scripted theater, so my references are kind of limited. I think 12 Angry Men is a great play for clear and believable character behavior because each juror has such a clear perspective. I think it's also a strong lesson for improvisers because the show wouldn't work unless the jurors let themselves be convinced one by one. Even juror #3, who is never actually convinced, eventually goes along with a not-guilty verdict because he gets so worn down and upset. From an improv perspective, he follows the logic of his character all the way to the end but ultimately accepts the offer given to him even though it hurts and feels like a loss.

Dirty Rotten Scoundrels (the musical!!!!!) is great because the characters are all super smart and capable, but get into extremely stupid and absurd situations anyway. The show is so good because nobody seems to know that what they're doing is funny or that they're in a comedy at all, so you have things like a guy singing "love is my legs/ and you are my love/ so you are my legs/ my love" from the bottom of his heart while a woman holds back tears.

These are two of the three shows I know well and the third one is irrelevant to improv.

If you could do improv on the set of any play you've ever seen, what would it be and why?

I'd love to improvise on the set of Hamilton because that means I get to be all smug right now and say I saw Hamilton. You guys, it's good! Also the set of Clybourne Park because there are so many sub-spaces to explore within it (the garden, all the upstairs rooms, the main foyer, etc) and because the set itself had so much personality.

The Setup is playing every Thursday night in September at 10 pm, as a part of Thursday Night Out. Don't miss it! 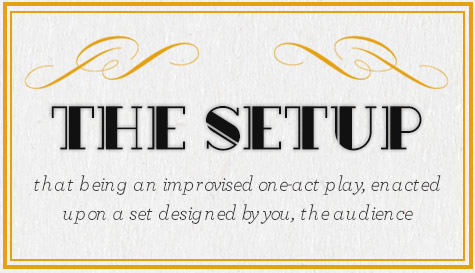