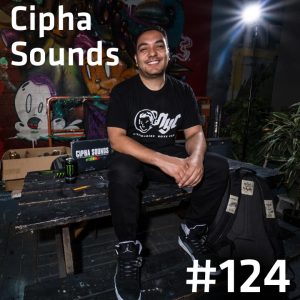 Hot 97 DJ turned improviser, CIPHA SOUNDS, sits down with our host Louis Kornfeld to tackle a variety of subjects in the improv world including diversity in improv, trying out for Harold teams, and how their improvising skills translate to daily life. Cipha gives a lesson on what white people love and tells Louis how he has used these secrets to perfect the ideal improv show. Cipha also plugs his two new shows coming out and explains how they will aid him in his mission: spreading the word about improv comedy.

We begin our episode with Louis asking Cipha about a rumor he'd heard: Did Cipha once skip a DJing gig while on tour with Jay-Z and Beyonce to do an improv show? It turns out that the rumors are true and Cipha admits that when Christina Gausas asked him to sit in on a "Maravilla" show, he just couldn't say no! Cipha talks about being the host of the Hot 97 morning show for years - the most popular time slot - and how that job gave him a lot of responsibility. That responsibility added stress and finally, an associate at Hot 97 told him to get check out improv as it might help to loosen him up and relax. He went to see Harold night at UCB, signed up for a class soon after, and continued watching shows constantly. Though Cipha felt out of place at first and simply marveled in the initial magic of watching improv, he soon started to figure out strategies to conquer it. After seeing Connor Ratliff kick someone's head off of a roof he decided, Okay. This is what I do now.

Unfortunately, in his 101 class, Cipha did not feel like he was as involved as he could be. One person that helped him get his footing was UCB veteran Chris Gethard, who saw Cipha tweet that he was taking classes and has since offered him advice many times over. He even let Cipha sit in on a practice session with a team he was coaching, something Cipha describes as getting a free show but with notes. Tracking his development at UCB up until the present, Louis asks Cipha about his UCB East improv show "Take It Personal," which he briefly describes as, ASSSSCAT for hip-hop. The show involves Cipha bringing on guests from the hip-hop world to tell stories that serve as inspiration for the show's improv.

How did "Take It Personal" come to be? Cipha went from failing to make a Harold team to running a Friday night show that's lasted four years now. Cipha tells Louis about his first time not getting onto a Harold team, talking about how he cried in a restaurant when he read the names of the people who got on, his name absent from the list. Since then, he's built a show that combines his two loves  hip-hop and improv  and he's done it by appealing to the traditional audiences of both arts. How? One secret that Cipha lets us in on: he knows what white people love. You'll have to listen for Cipha's complete list, but he knew that for his first "Take It Personal," he wanted to jam-pack the show and its promotions with as many things as he could: a martial artist, someone reading RZA lyrics, the actor who played Marlo on The Wire, and of course his guest, N.O.R.E.

This attempt at bringing together hip-hop and improv audiences leads Louis to ask Cipha about diversity in the improv world. They discuss how people from different backgrounds may understand certain references and how to bridge the gaps between improvisers' backgrounds. Cipha talks about how he got his comedy start doing stand up in the urban scene and how he's always hated how people try to split it down the middle  "urban" shows vs "regular" shows. Cipha also explains why its so important to spread the word about improv to a variety of people just so they come see it with their own eyes. It's harder to get people to try it for themselves without them knowing what it is.

Talking more about improv technique and theory, Louis explains getting advice from Armando Diaz about playing "game" and both Louis and Cipha discuss their styles and strategies in improv. Louis shares about how he will most often go for the emotional part of a scene and Cipha responds by explaining why he likes to play support characters. They also talk about being a good listener, "half-ideas," and using physicality to get into character. Louis recollects some wise words of advice on character and notes that you don't want to play so close to yourself that you're unable to see what is funny.

Cipha admits that improv has helped him battle a lifelong proclivity towards shyness and says that thanks to improv, he is not afraid to go anywhere now or talk to anyone. This revelation surprises Louis, who would think that as a radio DJ, Cipha wouldn't have issues with shyness, but Cipha describes how being a DJ or even a stand up can be incredibly isolating and doesn't necessarily help get you out of your shell the way working on a team does.

Louis and Cipha delve into the world of stand up and how the crowd differs from improv audiences. They talk about how its easier to notice that one person in the crowd whos not enjoying the show and Louis brings up a certain improv show he did where a Russian couple was breaking up in the front row during throughout his set. He had no idea until after!

To cap things off, Cipha plugs his two shows coming out: "Laff Mobbs Laff Tracks"  a stand up comedy-based show for Tru  TV and "Hip-Hop Improv with Cipha Sounds" an improv show that will be released through Tidal. He hypes both by adding that his end goal is to spread the word about improv to the entire world. 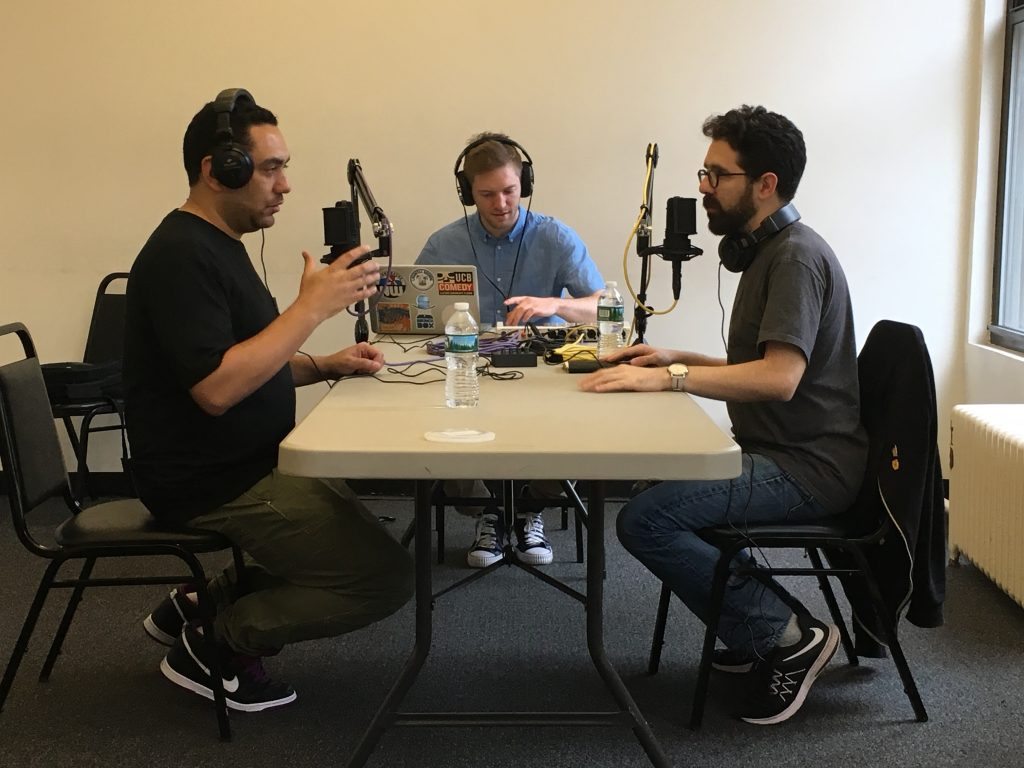