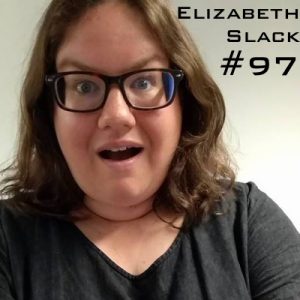 A star on both Magnet and UCB stages, BETH SLACK, stops by to talk with Louis about her love of opera, how 9/11 changed her career plans, and why musical improv rules. Beth tells us all about her long relationship with stage performance and, how after taking a break from it for nearly 10 years, she came back to the stage by finding improv. She and Louis get to know each other and she does a wonderful scene with jar of pickles! See Beth weekly at Magnet with Premiere: The Improvised Musical, The Cast, and at UCB on Harold Night with Foxhole. Plus! This coming week she performs a live radio play with The Broadcast (10/10) and as a part of the New York Musical Improv Festival with Hansbury & Slack (10/13).

As a fantastic musical improviser, it might not surprise anyone to find out that Beth was originally trained in opera! She first moved to NYC about 15 years ago, three days before the events of September 11th took place. Understandably, her plans to "make it" in the big city were put on hold and she moved back to Ohio. Beth later returned to NYC to study at the American Musical and Dramatic Academy, after which, she stopped doing anything artistic for about 10 years. She tells us all about getting into opera and vocal performance and how she went to boarding school for a year specifically to study voice. With her extensive knowledge, Beth enlightens Louis as to the differences between opera and musical theater. About four years ago, almost exactly 11 years after first moving to NYC, Beth signed up for an improv class and her world was changed again. She and Louis discuss how narrative plot functions in different styles of improv and they mull over the differences between tangible art and performance art. Digging further into improv theory, they discuss the pitfalls of over-agreement in scenes and how its perfectly okay to ask questions. Plus, Louis and Beth play some two-person hotspot and Beth performs A Serious Scene With A Jar Of Pickles! 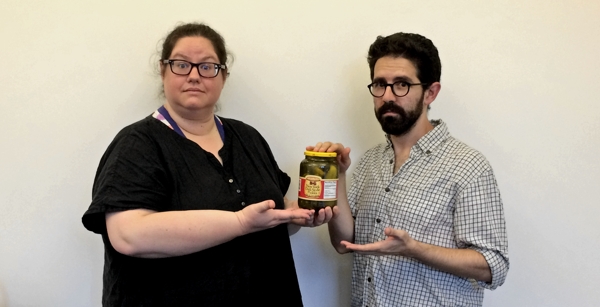