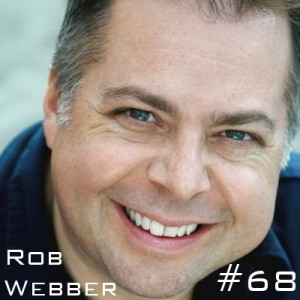 A mainstay of Magnet Sketch Teams and long-time NYC improviser, ROB WEBBER, joins us to discuss his life of comedy, dish on how he wanted to teach music once upon a time, and provide advice that can aid any team. In addition to being a writer/actor for Wendigo and the director of Adults, Rob has been doing comedy in NYC for 20 years now and he has a lot of insight on what makes great teams, how to find success on your own terms, and his favorite kind of improv. Dig in, children.

Since Rob has been in the comedy game for two decades, Louis begins this interview by asking him how he has he integrated comedy with the rest of the life. Whether it's been comedy or his first passion of wanting to be a music teacher, Rob talks about how hes spent most of his life following his interests very closely. He first came to New York to study musical theater, where he learned Viola Spolin exercises, and then picked up Second City in the late 90s when it opened here. Rob tells us about those few years during which Second City had a New York branch and describes legendary teacher Martin de Maat.

Born out of those SC days was Rob's long-running indie team Johnny Lunchpail, which was a team that Louis fondly recalls looking up to when he began improvising. Rob talks about that team, as well as the team he most looked up to when he started out: Burn Manhattan. Louis and Rob discuss the Johnny's style of physical, viewpoints-influenced play and Rob tells us what he found most useful about Spolin's exercises. He gets frustrated these days with people burning their steps and encourages players to take their time.

In addition to his work at Magnet, Rob has also studied at UCB and was on Harold Night for about 5 years. He talks about he evolution of My Kickass Van becoming Gigawatt and eventually, Arsenal, and notes that Giuliani made a lot of performance venues for comedy by closing down strip clubs. Louis and Rob get into game, plot, narrative, and story, which can be a confusing goulash of terms and definitions, even for the most seasoned improviser.

To wrap up the show, Louis asks Rob some big questions about writing, performing, and directing sketch comedy. Rob provides guidance and insight on what makes great sketch writers and performers. Most of it boils down to this: Look out for people and take care of the unsexy stuff. Louis asks a super obnoxious question, but gets writing advice out of it. And finally, we hear the compare and contrast benefits of the Second City approach to creating sketch versus the more UCB/Magnet approach.

Extra finally, Rob talks briefly about teaching improv in Brazil. What?! So cool!