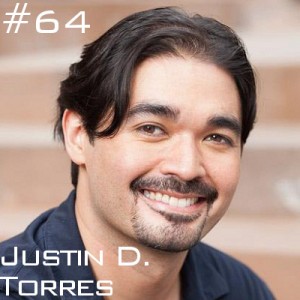 Justin Torres is all over the Magnet Theater these days, performing with GOATS, Heartbeat, and Premiere, and now, he's a guest on our podcast! In this episode, we learn about Justin's experiences studying at the four major improv training centers of NYC, how he approaches different shows with different teams, and his advice for people looking to get into voiceover work. It's a truly wonderful episode that will surely put a smile on your face. Listen in!

Right off the bat, Louis asks Justin how he has quietly become the hardest working man in improv. In just the last few years, Justin has studied improv at every theater in the city and currently performs or rehearses fives days a week. He talks about being on a new team and how it's necessary to have a positive outlook and energy with each other. Drawing on his house team experience, he discusses the interplay between veterans and newbies in an ensemble. What are his favorite things about improvising? He loves putting a smile on his teammates faces and he's really into group mind. If you've ever watched him improvise, you'll recognize too that he is not afraid of doing something that "breaks" the show, which is just a part of his pursuit of playing in order to surprise himself. He also has a particular fondness for dynamic stage pictures.

What are Justins approaches when playing with his three different groups? He tells us about GOATS' love of getting crazy together, hearing the heartbeat of Heartbeat, and being the guy who is always putting Premiere on the brink of failure. From there, Louis gets into how gracious Justin is prone to being. Not only is Justin incredibly thankful about his improv life, but hes very specific about his gratefulness. As he tells us, we've only got so much time with these teams, so youve got to be grateful for it. Louis talks about being on both sides of getting cut and how people respond to it. In particular, he admires Justins non-attachment to results. How does a team react to being cut and what does it tell us? Improv is a great way to be constantly working with your fears and insecurities. Justing thinks it can help you realize yourself in the time you have available. Its all about doing improv as a corollary for life. What do you want to do? You can do it in improv.

Finally, Louis asks Justin about his career in voiceover work. He gives very concrete advice for people looking to get into it, including: "Who to take VO classes from?" "What should you keep in mind before jumping in?" and "What does one need to get started?" Justin's voiceover archetype is Honest Everyday Guy, and while we agree wholeheartedly with the first part, we're convinced he's far more than just an everyday guy.