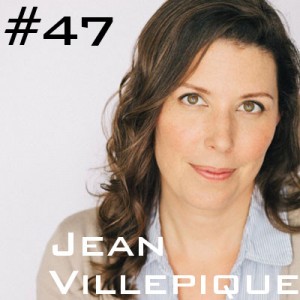 We've been lucky to welcome so many out-of-town guests recently and we're excited to say that our latest visitor is the incredible Jean Villepique. One of the earliest teachers and performers at Magnet, Jean was recently back in town from Los Angeles to perform in Bummers Presents: Running. Our host, Louis Kornfeld, gets the ball rolling in this episode by asking about the origin story of Bummers, Jean's annual(ish) writing and storytelling collaboration with Rachel Hamilton, Tami Sagher, and Melanie Hoopes. She and Louis discuss catching up with good friends by performing with them and the detriments of the more typical checklist conversations people tend to have when they haven't seen each other recently. Jean talks about her first exposure to improv doing commedia dell'arte as a teen, joining The Meow Show at Northwestern University, where she met Magnet founder Ed Herbstman, and some of her early days at iO Chicago and Second City. Louis also asks his former Level 2 teacher about her improv show Switchboard, encouraging players to take risks, her stint on The Office, and bringing personal stuff to the stage. Hear about the time someone grabbed Louis by the beard! Listen in awe as Louis pontificates that were more than mere mammals! Sit in wonder as these two talk about doing drugs! It's a great episode, so give it a listen.

Subscribe to the Magnet Theater Podcast via iTunes and Stitcher.

Or simply enjoy Episode #47 below via SoundCloud.