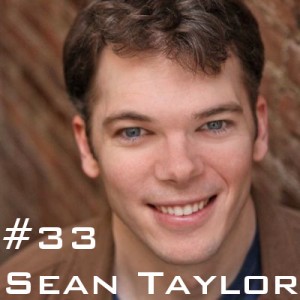 Long-time Magnet performer and all-around swell guy, Sean Taylor, joins host Louis Kornfeld in the studio for an interview. A military brat growing up, Sean has called New York City home longer than anywhere else and, since moving to NYC right out of college in 1999, Sean has watched the improv boom happen first-hand. He's gone from diehard ASSSSCAT fan to a Harold Night player to an instructor at Magnet. He and Louis discuss the underground nature of those earlier days and how the UCB seemed to bring a sense of positivity, respect, and empathy to the NYC comedy scene. Sean tells us how community plays such an important part in his life, whether it's comedy, eating pizza, playing softball, or meeting his wife. Louis asks Sean about teaching the weekly Drop-In Class and his upcoming elective course Here, Now, discussing the difference between working with a steady group of students versus one that changes week to week and his love of discovery in two person scenes. As a teacher, he applies the debugging skills from his work as a computer programmer to classes in an effort to guide people away from fear-based choices to joy-based ones. These two vets also discuss the early days of Magnet, the difference between agreement and acceptance, and the privilege of being continually inspired by other improvisers.

Enjoy Episode #33 on iTunes or below via SoundCloud.