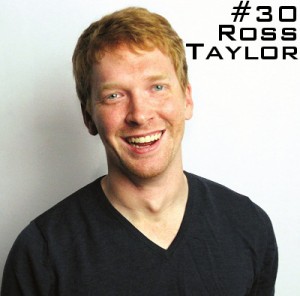 Our host Louis Kornfeld sits down with Ross Taylor, director of February's Directors Series: Shlongform, to chat about growing up in Missouri, touring with Second City, and doing comedy in NYC.  Having somewhat recently celebrated his five year anniversary of NYC and improv, Ross tells Louis about getting his start in hometown Missouri with speech and debate before moving on to do theater at Mizzou and later getting into comedy. Regarding his show Shlongform, Ross talks about why he's marrying short form with long form and our duo discusses the historic attitudes towards short form in NYC. Having both done tours with Second City's cruise ship ensembles, Louis and Ross dive into their experiences entertaining folks on Norwegian Cruise Line boats and how those experiences translate back to their work in New York. Ross also chats about working with his long-running team The Wrath and divulges how to keep a team strong and inspiring. Plus, Louis asks Ross about The Oakwood Boys, his religious country music duo, and the guys talk about the collegiate feel of the improv community. Tune in!

Enjoy Episode #30 on iTunes or below via SoundCloud.