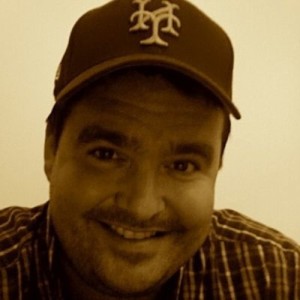 John O'Donnell, longtime friend of Magnet Theater and kind onstage powerhouse talks about how he first fell in love with performing, improv, and stumbling upon the early evolution of musical improv.

John has appeared in pilots for Comedy Central, the HBO Aspen Comedy Festival, on Late Night With Conan O'Brien, as well as numerous commercials.

He has also written and performed a trilogy of one-man shows, O'Donnellogues, Son of O'Donnellogues, and Beneath The Planet of The O'Donnellogues. At the Magnet Theater he has made appearances in Thursday Night Out, The Armando Diaz Experience, The Tiny Spectacular, and currently improvises weekly in Magnet's 'The Made Up Musical'.

John has a Masters Degree in Education and has been teaching in New York City for over a decade.

Enjoy Episode #13 on iTunes or below via SoundCloud.