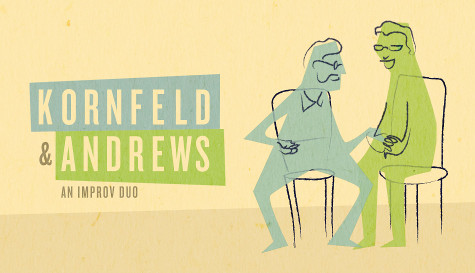 Seasoned performers, longtime instructors, and all-around swell guys Rick Andrews and Louis Kornfeld combine their improv powers for a longform show that's as honest as it is hilarious. With a patient, nuanced style, they create a textured world filled with characters that will make you laugh and move you all at the same time. It's comedy. It's theater. It's a performance you won't soon forget.