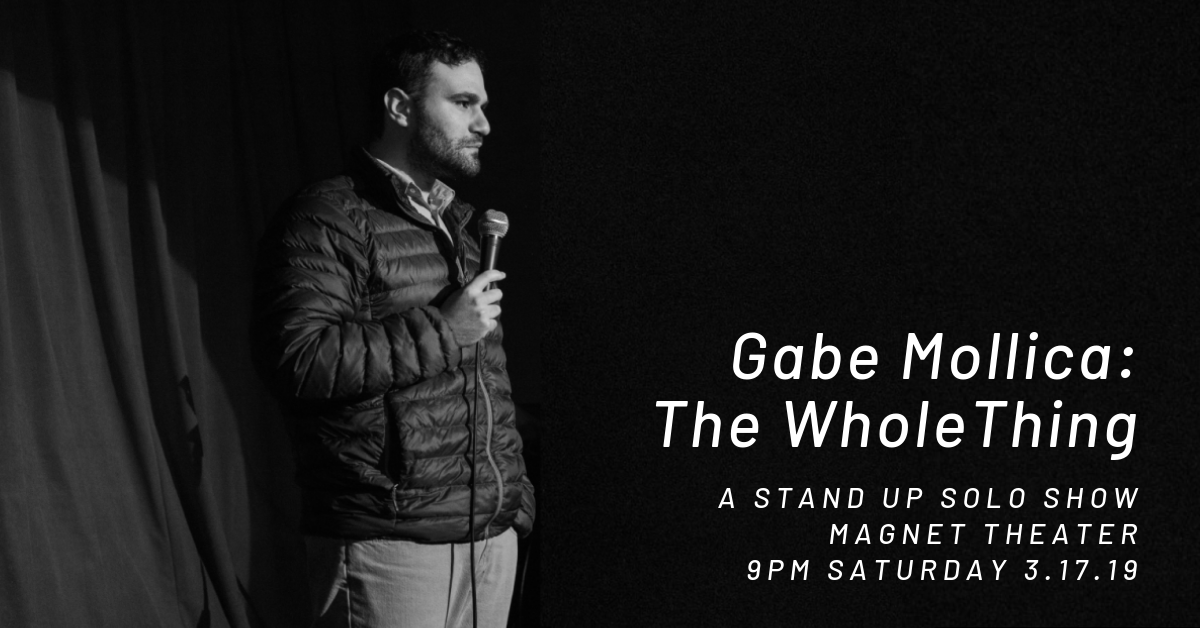 Gabe Mollica: “The Whole Thing” is a stand up comedy solo show. Gabe’s first time doing stand up he was alone and drunk in Scotland when he heckled and ended up with the mic. In his defense, he’d just gone through a spectacular heartbreak. Five years later, Gabe “does comedy,” and he’s ready to share what he’s learned. Grab a seltzer and a join him for 30 minutes of true stories, rice cake jokes, and a few twists. A better version of the show will run for the month of August at the Edinburgh Fringe Festival.

Gabe has performed at the Bird City Comedy Festival, finished 2nd place at the Manhattan Comedy Festival, monologued at the Armando Diaz Experience, and written for the New York Video Game Awards. He can’t believe the Magnet is letting him do his show here. He doesn’t have a podcast.