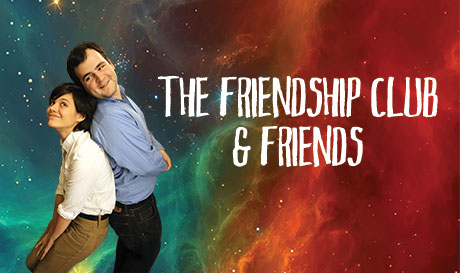 The Friendship Club is an improv duo forged in the understanding that good comedy comes from people who met day one of college, became best friends, and then lived together for upwards of seven years beginning in a fetid Pittsburgh apartment called The Friendship Club. Feast yer eyes on the product of over half a decade of peaceable co-habitation and behaving like creepy twins.