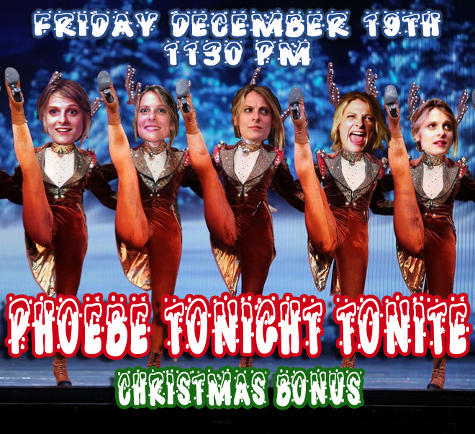 Phoebe Tonight Tonite, Christmas Bonus is a late night spectacular that answers this seasonal question: what is the meaning of Christmas trees? From dashing rocketts to southern musical guests, Phoebe Tonight Tonite is an explosion of gifts. Meet some of you favorite Christmas characters like the Grinch and Mariah Carey! Get your Christmas bonus and watch as Phoebe reveals Christmas's true colors, which are red, white and Blue-green.