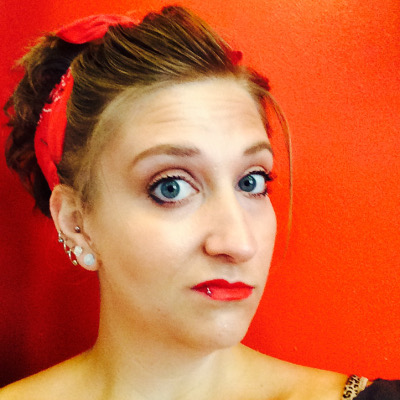 Sierra Pasquale is from a one stop-light town in Almost Canada, New York where the accents are strange and there are more cows than people. She holds a BA in Theater and Political Science from Hunter College where she had the privilege of focusing on experimental theatre and puppetry. Before that, she attended The American Musical and Dramatic Academy where she sang a lot of showtunes and studied dance under a lot of folks who were in "Cats".

You can see her performing all around town with her indie team The Temple Cats, her duo with Erin Nebel, The Pin-Up Muskets or in her one-woman cabaret show, Transformed!