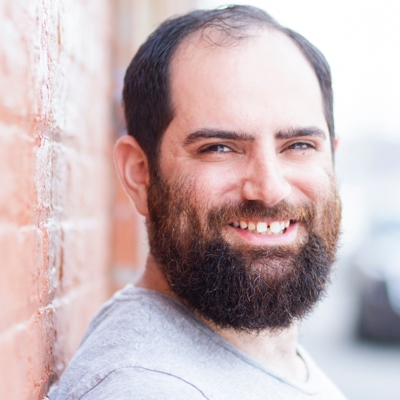 During the summer of 99, Shaun Farrugia would take the train to Chicago and watch the Second City in Chicago and was blown away that people were just "making it all up." He read "Live from New York," and started training at the Second City Training Center in Detroit MI in 2004. After moving to New York in 2008, he started to study at Magnet Theater. Over the years Shaun has learned under many great teachers including Armando Diaz, Rebecca Drysdale, Tara Copeland, Peter McNerney, Ed Herbstman, David Raszowski, Mark Grenier, Rick Andrews, Louis Kornfeld, Sean Handlon, Margaret Edwartowski and PJ Jacokes. Also kids, you learn a lot from kids.

As an improviser he has performed in New York City with ComedySportz NYC, the long form indie team Honey, musical improv team Meaningful Touch, and the Magnet Musical house teams Rosencrantz, Fisticuffs, The Montels, and Mint Condition. He also performed on Nintendo and Grappler (Megawatt teams). In Detroit he played with his team Vegan Meat Locker. He was also the dastardly Juan Carlos in the Murder Mystery Dinner Train (someone paid him for this.. unreal).