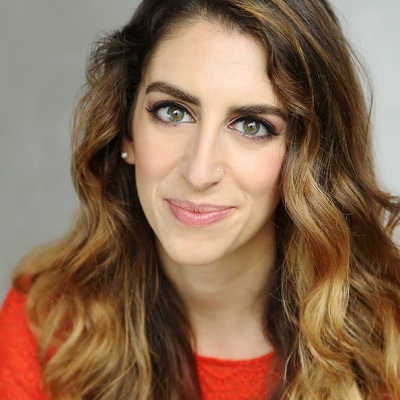 Olivia Petzy is an actor, improviser, Shrink Session sweat therapist, writer, Welsh terrier mama, and gummy candy connoisseur in New York City. Originally from Massachusetts, she has a BFA in Musical Theatre from Point Park University in Pittsburgh. Post-graduation, she spent several years touring nationally and internationally with Puppetry of the Penis and Puppetry of the Penis 3D. Her husband did the penis puppetry and she operated the camera that projected his tricks onto a giant screen. It wasn't as weird as it sounds.

Olivia's favorite regional performances include productions of Ragtime, Assassins, and See What I Wanna See. She has studied improv at UCB and the Magnet, appeared in commercials for Bank of America and the World Gold Council and is part of Bedtime Stories, an improvised story podcast for kids with many fellow Magnet performers.

Olivia is currently starring in the off-Broadway sketch comedy hit How 2 B A New Yorker and is routinely late for work because her dog Walter is just so cute.