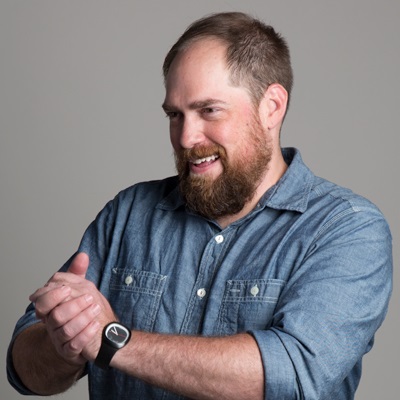 Nick is a native Texan who has been improvising since 2008. In that time he has been fortunate enough to study under such greats as Amy Poehler, Peter McNerney, Louis Kornfeld, Zach Woods, Russ Armstrong, Christina Gausas, Will Hines, and Curtis Gwinn to name a few. He should probably mention that his incredible parents, Tommy and Karen, have taught him quite a bit too.

Nick is delighted and honored to play with Megawatt team, Ladyhawk. He has also performed in the Del Close Marathon, Boston Comedy Arts Festival, Chicago Improv Festival, and District Improv Festival with his indie team, Weekend of Regret.

By day he works as a graphic designer and therefore lives in Brooklyn, as all graphic designers do. In his spare time, he daydreams of owning a chihuahua named Michelangelo, traveling the world with his amazing wife, Erica, and eating Tex-Mex for every meal.

The Flood, The Battery, Ladyhawk

The Director Series: The Acid Trip, I Love You, Mom!
Site Credits