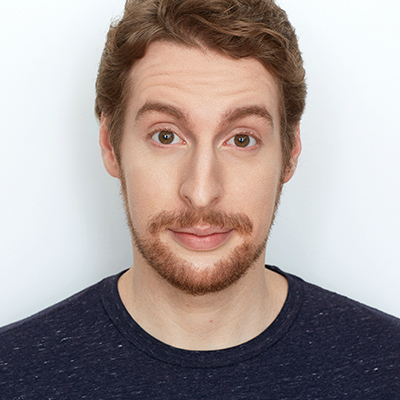 Bird has been performing improv comedy since 2004. In college, he directed the UT Austin improv team and trained and performed at all five longform improv schools in Austin including ColdTowne and The Hideout. Moving to Washington D.C. in 2009, he performed, taught, and coached at the Washington Improv Theatre, and played with WIT ensemble Commonwealth for 5 years. Having a stint in Chicago to train at iO, Second City, and the Annoyance, he moved to NYC in 2014 where he was a member of Reckless Theatre ensemble and UCB Indy cagematch champions, Too Big of a Dog, and duo team Clown Boy. He is in advanced studies at UCB and a graduate of Magnet Theatre’s musical improv program. Along with Musical Megawatt team SNACKS!, you can catch him performing with improvised hip hop troupe "Off Top", recently featured on Inside The Cipher w/ MTV's Kerry Coddett, and "Bird and Friends - Cosmic Unity". “Bird and Friends” was most recently featured in the Washington D.C., Salt Lake City, and Alaskan State annual improv festivals.