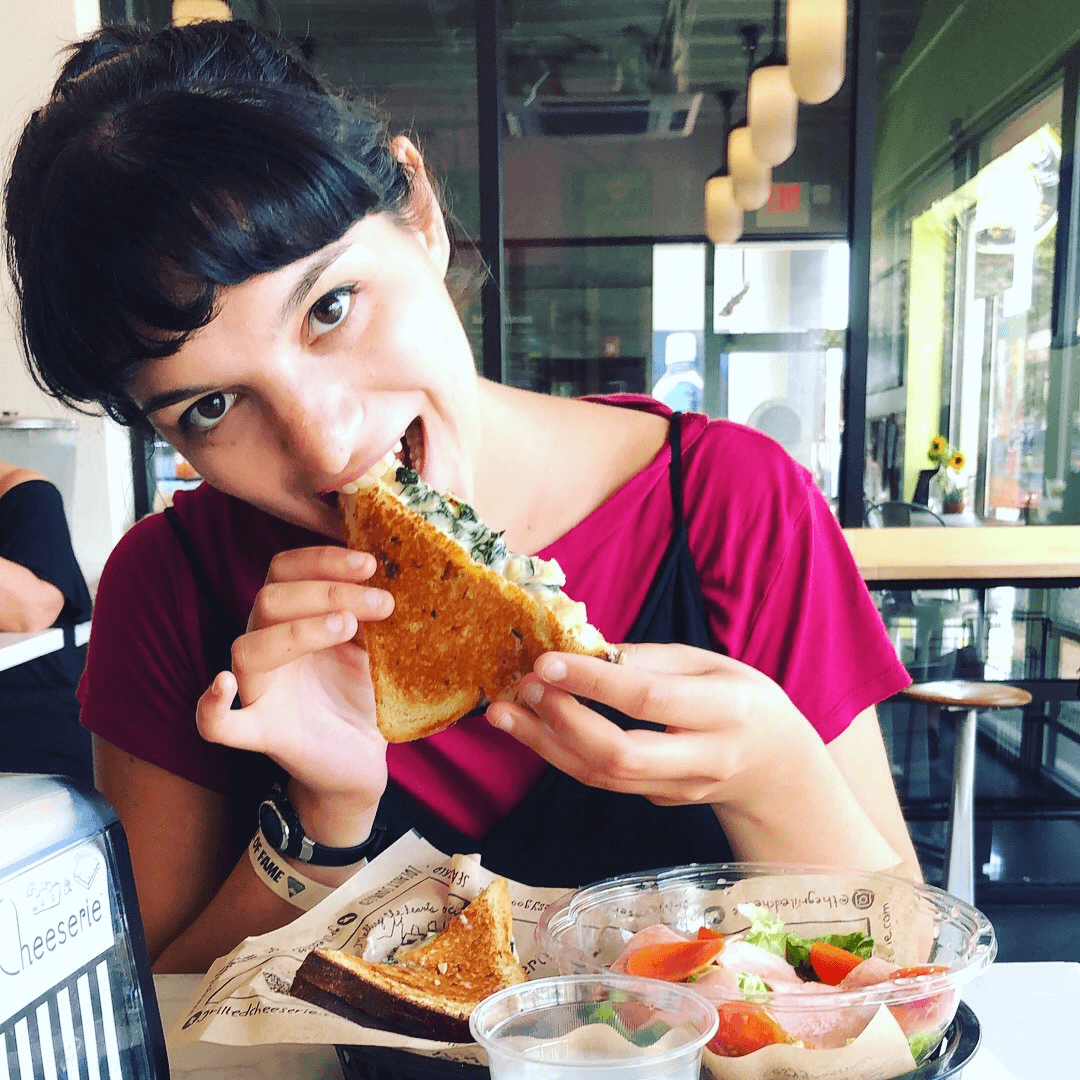 Kay Mollica is a Brooklyn based woman afraid to get a tattoo. Can you believe? After joining the Magnet Theater community in 2017, Kay has performed in Moxie and The Vortex sketch workshops as well as New York Sketch Fest, The 6th Borough Comedy Festival, and an occasional UCB Spank with her pals at The Michaels Sketch Comedy. She served as a co-producer and improviser for "The Tarot Show: Mystic Improv Based on Live Tarot Readings" here at the Magnet. You can catch her improv team The Official on Friday nights at The Armory Theater! Or peep her headlines on Reductress. Or both! Kay likes fostering kinship with other people with bangs, devastating memoirs, references that confuse her co-workers, and not associating with straight men as a matter of principal. She is a mild-mannered manager at a non-profit by day and also by night because she usually leaves the office around 6.