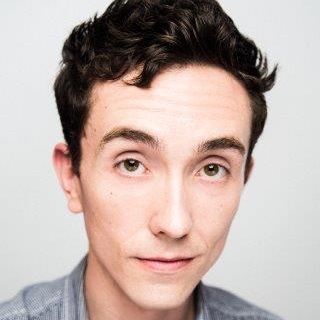 John Graham is a Brooklyn-based comedy writer/performer and actor. Originally from Pittsburgh, where french fries on a steak sandwich is a light lunch, John moved to NYC shortly after college and kissed his days as an Olive Garden busboy goodbye! Since then he's written, produced and starred in Headshots & Breakdowns, a web series that's been seen over 160,000 times across various platforms and won him the Best Actor in a Comedy Award at LA WebFest and a nom for Best Actor at Miami WebFest. His Indie Sketch team, Basement Education, has performed at New York SketchFest and venues including Peoples Improv Theater in NY and Arcade Comedy Theater in Pittsburgh. John hosts a monthly variety show at PIT inspired by the comedic aesthetic of John Waters called Multiple Maniacs. You can see him performing on select Mondays with Magnet Sketch Teams.

This Is Serious! (A Comedy Show), So Help Me ABEEDO - EP Release Party
Site Credits