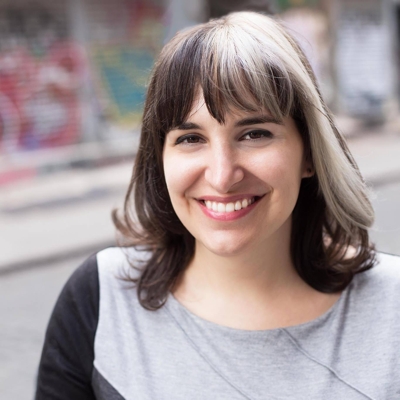 Jayme Matter is a Grammy nominated and Audies Award winning recording engineer, as well as an audiobook director, audiobook narrator, musician, and improviser. She's recorded over 700 audiobooks, narrated over 50 of those, recorded VO and ADR for TV, including America's Next Top Model, Disney's TRON, Orange is the New Black, and Arrested Development, and releases music under the name Nightjars. She's been studying improv since 2010 and has been lucky enough to study under Ari Voukydis, Brian Faas, Chelsea Clarke, Jordan Klepper, Silvija Ozols, Michael Lutton, Nikita Burdein, and Armando Diaz. She is elated to be performing in Musical Megawatt at the Magnet.