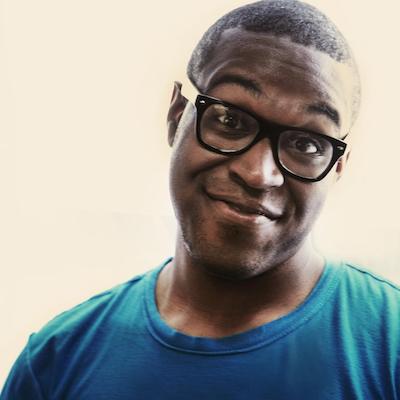 is a screenwriter and director for film and television. His previous work includes Smart, Funny, and Black (TruTV pilot), Funny Style (BET Digital), and the short films The Disruption and Roaring 20’s (co-written/co-directed by Evan Berke). He has also written for several sketch shows in New York City and is a graduate of the Magnet Theater Directing Fellowship Program and UCB's Advanced Study Sketch program. He is currently the director of BoogieManja sketch team "Mom's Night Out". As an actor, he has appeared at regional theaters such as The Shakespeare Theater of New Jersey and Connecticut Repertory Theater. He performed in shows with the independent NYC sketch team Nerds on Fire, and debuted his solo show "The Gallery of a Fat Black Man" directed by Dan Hodapp, in Summer 2014 at The People's Improv Theater.