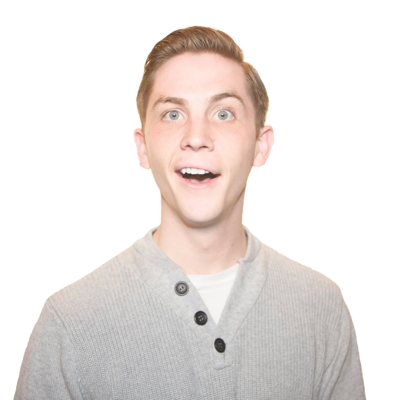 Cian Smith, pronounced "KEY-IN" "SMI-TH," is the first human being to physically be made of fried chicken and dollar pizza.

His work has been featured on the front page of Funny Or Die, College Humor, Above Average, and Bloomberg TV. He's produced exclusive content for CH2, Funny Or Die, Men's Health Magazine, and iHeartRadio.

Hey! Here's an ice breaker, Cian has been Irish Step Dancing since the age of four with his parents dance school and has gotten to perform for The Boston Celtics, The Chieftans, Eilen Ivers and The Immigrant Soul, and Lord of The Dance: Dangerous Games at the Lyric Theater on Broadway.

He'd like to thank the academy, his parents, his sister, his fiance, his cat, and you for reading this entire bio. WE LANDED ON THE MOON!