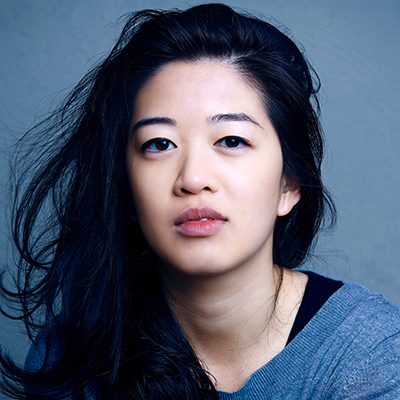 Chan is a meditation instructor, television producer, and performer. Born to a mother who used to sneak off to “sock hops” past curfew and a father who almost named her after a doo-wop song (it’s “Denise”), Chan is stoked to be performing Tuesday nights with her Musical Megawatt team Kittyhawk.

She’s been studying improv since 2012 under the guidance of Shannon O'Neill, Kate Zelensky, Zack Willis, Molly Lloyd, Douglas Widick, Michael Lutton, Nikita Burdein, and Frank Spitznagel. You might have also seen Chan on indie team Affirmative Action or UCB Digital team LASH. Formerly an NBC Page, Chan’s led about 300 tours of 30 Rock and can tell you where the pipes are.

Written with one contact lens in. Please imagine me winking the entire duration of me typing this.