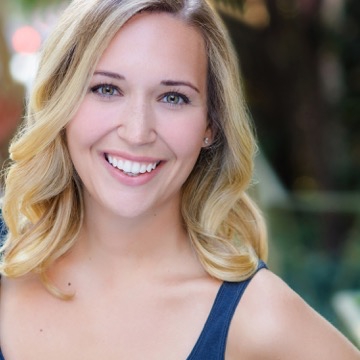 Chloe was born and raised in the Windy City. She grew up cheering for the Cubs, and eating a lot of deep dish pizza. She moved to the Big Apple after graduating from The College of William and Mary to get her masters degree in Acting from the New School for Drama. Once she graduated, she dove back into her comedy roots. Chloe has studied at the iO Chicago, UCB, and the PIT where she was taught by Andy St. Clair, Jet Eveleth, Don Fanelli, Erik Tanouye, and Jackie Jennings. She also wrote, directed, produced, and acted in her own sketch comedy web series, Dating My TV. DMTV has been featured on Funny or Die's community and home page. Chloe also writes for College Humor, where her best performing article was about why getting drunk on an airplane is better than getting drunk anywhere else.

Fun Fact: Chloe's mom was also pregnant with Chloe while she was performing on the main stage at the Second City in Chicago. The apple doesn't fall far from the tree.