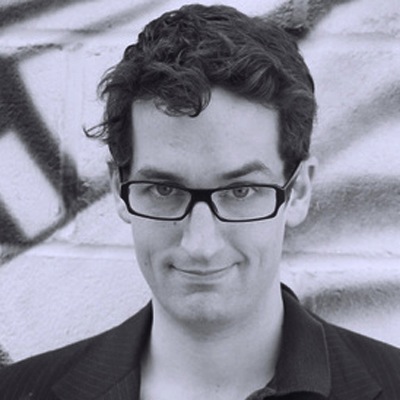 Bret is a sketch comedy writer, copywriter and DVD producer living in Brooklyn with his wife Meg. Bret has a classical four year BFA degree in acting followed by two years of scene study with The Terry Schreiber Studio and The William Esper Studio. He has performed Off Broadway, Off Off Broadway and Way-Off in Montana! Performances include Detective Story, True West, Our Town, Hello Out There, The Grapes of Wrath, The Crucible, Burn This,Beyond Therapy, A midsummer Night's Dream, Suburbia, As Bees in Honey Drown and others. He is SAG/AFTRA and freelances through ICM, Abrams and others for commercial/TV/ and Film. Bret started studying Improvisation at The Second City New York in 2000, then went on to complete the UCB program in 2003 and the amazing Magnet training program in 2008. Bret has performed sketch/Improv with The Dirty Knees, The Flakes, The Lounge Lizards, almost Housebroken, Law and Odor, Faulty Logic, PCUSA, Harlequin and George Da Roofer. Bret has studied with Matt Higgins, Kevin Scott, John Theis, Brian Huskey, Paul Scheer, Kevin Mullaney, Armando Diaz, James Eason, Tara Copeland, Louis Kornfeld, Christian Cappozoli, and Ed Herbstman. Bret currently performs with The Imposters. Thanks to everyone at the Magnet for making it happen!