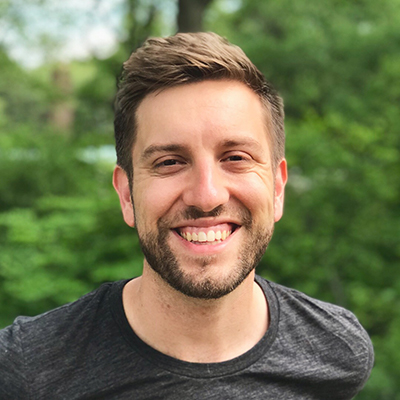 Blake is a Texas native with a Musical Theatre degree from Abilene Christian University. After spending a few years using theater to teach English to children in Italy and South Korea, he decided it was time to stop living out of a backpack and put down roots in NYC. His affinity for making up songs about daily life proved to be useful when he found and fell in love with Musical Improv in 2017.
On any night other than Tuesday, Blake can be found making mischief with his musical improv indie team, Xplōd (@Xplohd), playing volleyball in Chelsea, or deliberating between tacos and a quesadilla beneath the subway tracks before deciding to just go home.