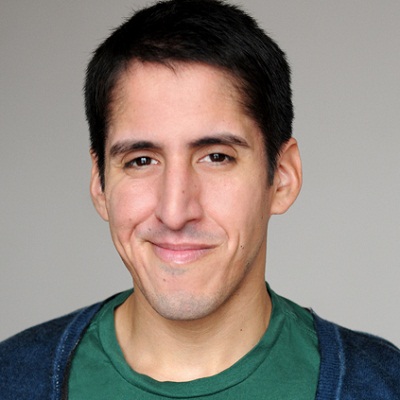 Andrew Fafoutakis is an actor, singer, and writer currently living in New York. A proud member of Actor's Equity, he holds a BA in theatre arts from the University of Minnesota and an MFA in acting from Louisiana State University. Andrew premiered his one-man show "Prince & a Pauper" at the 2010 Minnesota Fringe Festival. He studied improv at the Brave New Workshop in Minneapolis, the UCB, the PIT, and the Magnet Theater. He performs regularly with his improv duo "The Andrews Sisters" and hosts an LGBTQ improv show called "There's No Place Like Home", both "Time Out NY Critics' Picks". Andrew has toured/performed internationally in Asia and Central America and in numerous improv festivals such as the Philly Improv Festival, the Twin Cities Improv Festival, the NYC Musical Improv Festival, and many more. Andrew has taught improv/acting at LSU, and continues to coach/direct here in NY. You can follow Andrew a lot online either on his YouTube Channel: youtube.com/Fluffytacos, Twitter: twitter.com/2Fafou, or his blog: 2Fafou.tumblr.com

Thank You For Coming Out: An LGBTQ Event, Oscar Montoya Presents: THE SPOTLIGHT, Stir the Pot, Gay Bomb, There's No Place Like Home: A GLBTQ Event
Site Credits