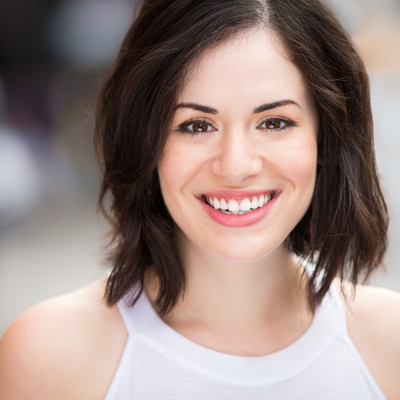 Amy Lynne Berger is a New York-based actor, writer, and comedian with a Chicago-based soul. She graduated from NYU's Tisch School of the Arts, receiving her drama training from the Lee Strasberg Theatre & Film Institute and Stonestreet Studios. While in school, she toured A Midsummer Night?s Dream with One Year Lease Theatre Company in Greece and was an apprentice at Williamstown Theatre Festival where she studied Stand-Up under Lewis Black. Following that, she began her training in sketch and improv at the Upright Citizens Brigade and Reckless Theatres in New York.

She has performed and written for Hulu, Lifetime, ABC, Funny or Die, Food Network, CBS Radio, UCB, the PIT, Magnet Theater, Reckless Theatre, Williamstown Theatre Festival, One Year Lease Theatre Company, Improbable Stage Company, and is the creator of the web series?, AVERAGE and Park Bench of Truth. You can also catch her performing improv weekly at Reckless with her team, Deathwish, monthly with her PIT Sketch Team, St. Olaf, daily on youtube with her company, I mean?Productions, or with her indie improv team, Classic Brady.

She is a lover of the Chicago Bears, Buffalo Chicken Fingers, and Jonah Hill.