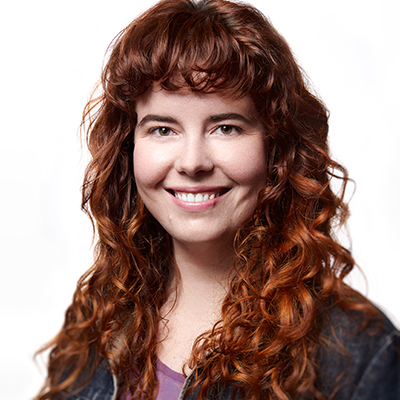 Aimée works as a writer in New York, and performed with Magnet sketch team Chico Splits and is now on team Just Karen, and has also performed her one person character show Peggy's Orchard at the theater. She was on UCB Lloyd night team This Old House, wrote and performed in the running show The Bride of Murdery Heights and directed the webs series iteration. She's studied sketch writing, performance and improv at Upright Citizens Brigade, The PIT, the Meisner technique at Maggie Flanigan Studios, and worked with performance art company The Wooster Group as a teaching artist for over a decade.

Peggy's Orchard, Just Karen VS The World, We Will Slay
Site Credits