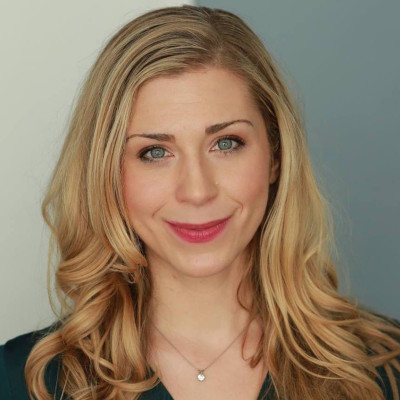 Amie Roe is an improviser, therapist, and highly expressive face based in New York. She has been improvising literally since birth in an ongoing, roaming monoscene that has played for various audiences, including a smallish neighborhood in Queens (1984-1995), the suburbs of Long Island (1995-2002), Haverford College (2002-2006), Philadelphia (2006-2012), and Brooklyn (2012-present).

Amie can be seen on stage at the Magnet on Wednesday nights in Megawatt. She was a founding member of Brick, which enjoyed a four year Megawatt run from 2010 to 2014. Amie also performs with best-friend-improv-duo, The Amie and Kristen Show/The Kristen and Amie Show, which has played at over 30 improv festivals throughout the United States and Canada. She is co-creator and a producer of Duofest, an improv festival dedicated to improv duos.

She's proud to say that she has studied improv at the Magnet Theater, the Philly Improv Theater (PHIT), and throughout the country, with amazing people such as Armando Diaz, Louis Kornfeld, Jill Bernard, Craig Cackowski, Keith Johnstone, and Susan Messing, to name a few.

When she is not on stage, Amie is a psychotherapist in private practice. She likes running, knitting, astrology, and iced tea.