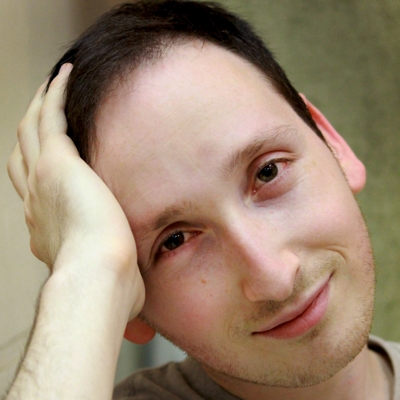 Alex Braslavsky is an improviser, actor, and writer from Baltimore, Maryland. He has trained with Magnet Theater and Baltimore Improv Group (as a member of the house troupe Training For Prom). While in Baltimore, he was an improv teacher, coach, and regularly did workshops and assemblies through Young Audiences of Maryland. He was a walk-on guest performer with The Second City when they performed at CENTERSTAGE in 2011. He has performed at Providence Improv Festival, SteelStacks Improv Festival, and Baltimore Improv Festival. Alex received his B.A. in Theatre from UMBC. He also was an extra in a Bollywood movie.

The Two-Headed Show, Will They or Won’t They, Mud Night, Try to Relax
Site Credits