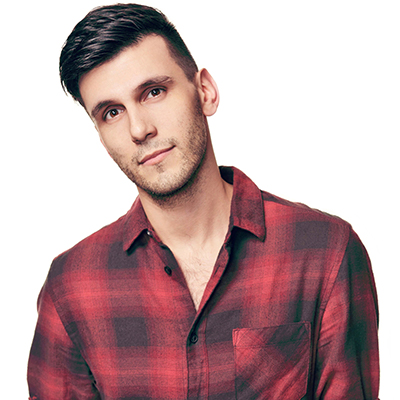 Alejandro La Rosa is a Venezuelan born, North Carolina raised, Brooklyn residing actor. He is excited to be a part of Fauna, but more so Musical Megawatt because his love for musical improv runs deep as well as his appreciation for the Magnet community. Most recent projects include being a cast member for the 8th season of Big Green Theater at The Bushwick Starr, starring as the lead, Danny, in the upcoming queer horror film Killer Unicorn, and as Gavin in the pilot for “I.O.U. (Ian Owes You)”. He can be seen performing around NYC every month at the PIT Loft with his BoogieManja sketch team, The House, and every other Saturday night at the PIT Underground for Mary Night with his all queer improv team, Just A Phase. Just A Phase also hosts the Diversity Jam every 2nd and 4th Tuesday of the month at the PIT Loft. He can also be heard commenting about pieces of art on the We Know Art comedy app. UNC School of the Arts Drama graduate.