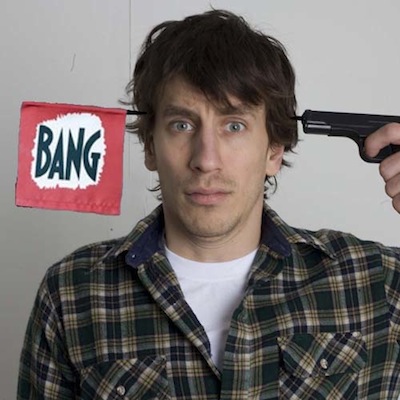 Kelly Kreye is a comedic actor from Stony Plain, Alberta, Canada who now lives in Brooklyn, NY. Kelly has been performing on many a stage for six years, but graduated from the Magnet Theater program in 2009, studying extensively with Armando Diaz (I.O., Second City, Annoyance, P.I.T) and Jean Villepique (Curb Your Enthusiasm, I.O., Second City Touring Co., How I Met Your Mother). Since then he has become a member of Hell Buffalo and Chet Watkins who perform on the Magnet main stage on Tuesday and Friday nights. You can also find him with his buddy Michael Kroll doing weird things in the - no adjective to describe - duo Sneaky Beatings.

Past credits include 9FI, Gluttony, The Future Mrs. Goldman, Ghost Fight, Gonzo: A Night of Improvised Comedy with Hunter S. Thompson, Shoot From the Hip and The Love of Three Oranges.

If you ever want to talk about and/or play hockey Kelly is always game.