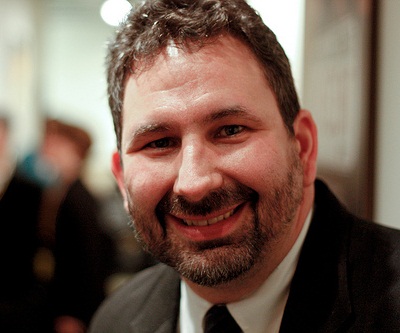 Craig Cackowski is an improvisor and teacher based in Los Angeles. He has been involved with the iO and iO West theaters since 1992, and is the three-time winner of the Del Close Award as Teacher of the Year at iO West. He has played numerous festivals, including the Chicago Improv Festival and the Del Close Marathon, with his long-running three-man troupe Dasariski (with Bob Dassie and Rich Talarico). Around LA, he may be seen in such other shows as Quartet, The Armando Show and The Better Half (with Raising Hope's Lucas Neff). While in Chicago, he appeared in and co-wrote 5 revues for The Second City on their Equity stages, performed with such groups as Baby Wants Candy and Carl and the Passions, and helped create such forms as JTS Brown and Close Quarters. As an actor, he has been seen on 8 episodes of Community as "Officer Cackowski" Other film and TV credits include Veep, The Mindy Project, How I Met Your Mother, Arrested Development, Curb Your Enthusiasm, Year Of The Dog, 21 And Over, and the recent Sundance-selected Toy's House, for which he also provided improv coaching for the three lead actors.