This November, satirist and Magnet instructor Caitlin Kunkel is publishing her first book, New Erotica for Feminists! Along with her co-authors Brooke Preston, Fiona Taylor and Carrie Wittmer, Caitlin also heads up the satire website The Belladonna. Anyone interested in reading some laugh-out-loud hilarity peppered with cultural zingers while possibly dismantling the patriarchy? We are! 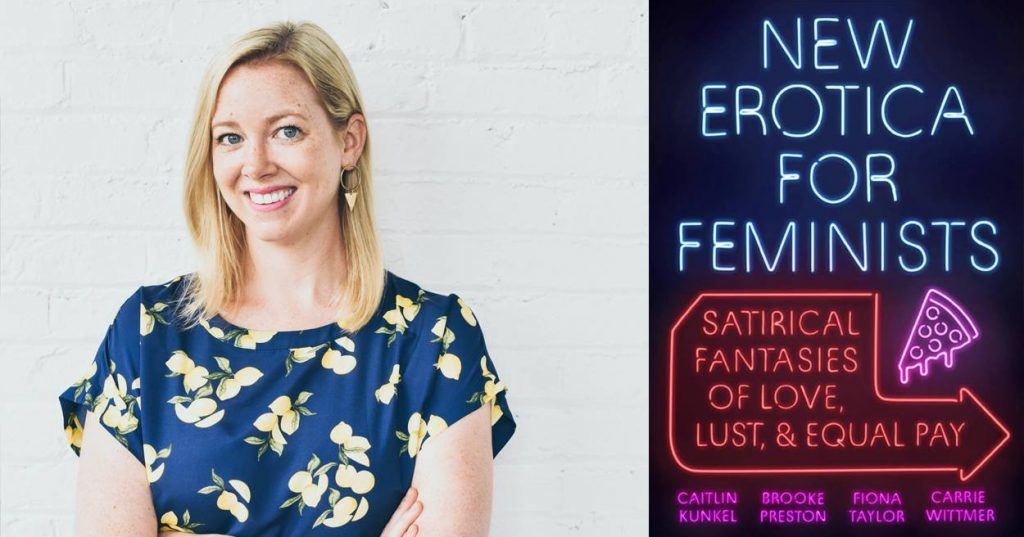 You wrote a book! Wow! Is this your first? How long did it take and what was the process like?

Thank you! Yes, this is my first book. The process was fast and furious - in February of THIS YEAR, I co-wrote a piece with the other three editors of the comedy and satire site for women and non-binary authors, The Belladonna. It was called New Erotica for Feminists, and it ran on McSweeney's. And promptly starting going viral...like, really viral, being read over a million times and shared on Facebook over 100,000 times in the first month. Within a week, we received an email from an editor in the UK asking us to turn it into a book, and within the next month we got a lit agent, wrote a book proposal, secured a US deal as well, and started writing the book. We wrote the whole 12,000 word (of jokes!) book from the end of March to June, then edited in July and August, and then promptly turned to marketing. For comparison, a book usually takes 1.5 to 2 years from acquisition to going to market, and we are doing it in 8 months. So it's been happening almost faster than we can reconcile it, while also all working full-time and running The Belladonna together! But given that we already collaborated and spoke every day for the site, we had our rhythms and strengths locked in.

Who should buy and read this book?

Well, our shorthand is "feminists and those who love them," who should also...be feminists. Basically, if you believe that there are inherent inequalities in society that need to be addressed, and you want to both laugh and fume at the same time, we highly recommend this book. We think the jokes and situations we satirize will be familiar to a lot of people, whether the twist is having a doctor finally believe your pain, or a version of the Genesis story where Eve doesn't listen to a talking snake, or just that someone breastfeeds in public and no one cares. You know, things that are currently fantasies. In fact, the entire US title for the book is "New Erotica for Feminists: Satirical Fantasies of Love, Lust, and Equal Pay." 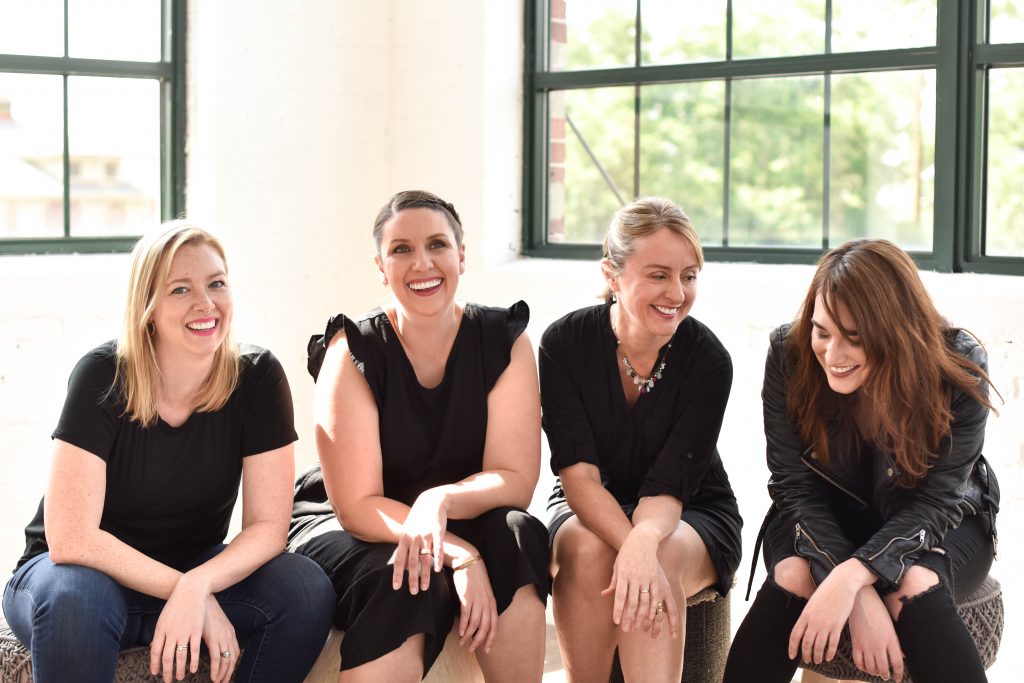 How was collaborating with Brooke Preston, Fiona Taylor and Carrie Wittmer?

We have been collaborators on the site since November 2016, both editing and writing together, so luckily we had years of knowing each other's work habits and strengths to build off of on the tight timeline. Basically, when one of us had to drop the book ball to turn back to other work, or family, or the site, the others could pick it up and run with it. If one of us had a great idea for a vignette but wasn't sure how to execute, someone else knew exactly how to lay it out. I spent the first decade of my writing career writing alone, and now I LOVE co-writing with other people. Getting a bunch of brains working on the same premise feels like magic to me.

You guys have a website, The Belladonna. What kind of writing can we find there?

We publish short, conceptual humor and satire pieces every weekday! Here are just a few of the great pieces we've had on there:
Hi, I’m the Female Love Interest in This Student Film. This Is My Story.
How to Protest So No One Gets Offended Or Even Notices
Movie Pitches That Hollywood Studio Execs Think Are Feminist
The site is intended to publish humor and satire pieces by women and non-binary authors. Basically, the comedy world is still dominated by straight men. We wanted to create a space to highlight other voices and to give people a place to break in. We provide feedback to every single submission we don't accept and we always tell someone why a piece wasn't right. We personally find it frustrating when you get a blanket rejection or just radio silence on a piece - so we aim to be a place where even a rejection can be a stepping stone to an acceptance in the future. We also have a writing group for all writers who have been on the site on Facebook, to exchange information and ideas, and we send out a newsletter to every single writer who has ever submitted to us - which is now creeping up on 1,000 writers over the past almost two years. The goal of the site is twofold - 1) to be funny and satirical, and 2) to be a place where beginning and seasoned writers alike can know their work will be treated with professionalism and tact.

Tell us about the satire class you teach at Magnet. 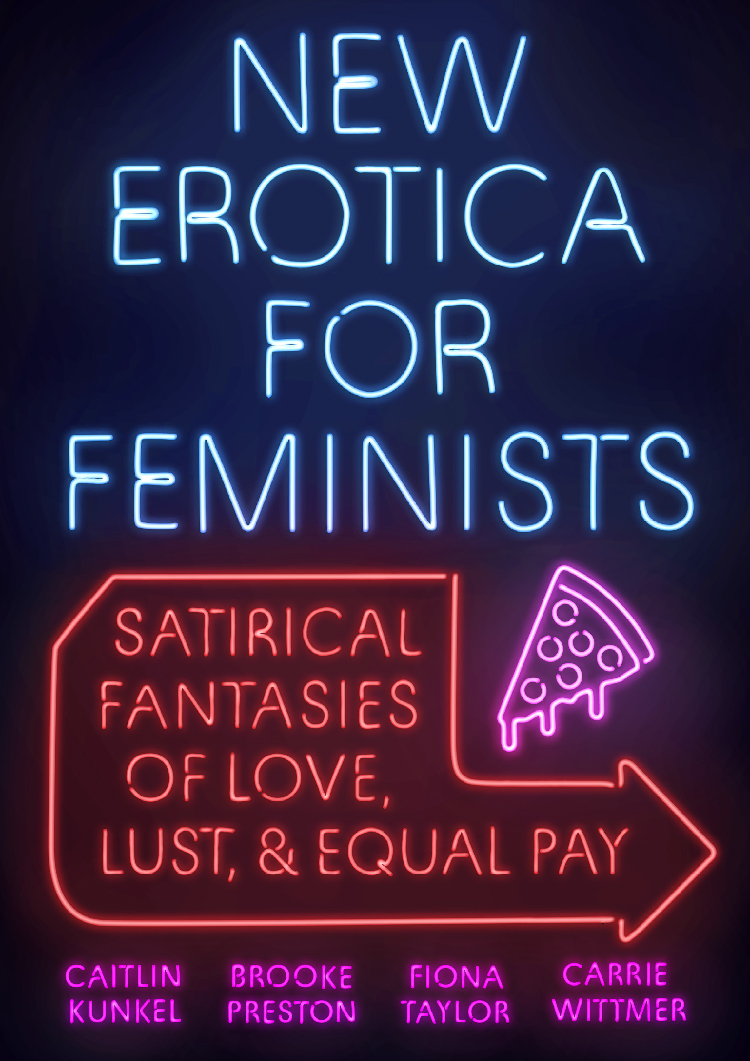