Q&A: What the Hell? with Veronica Venture

Just in time for Halloween, Veronica Venture is performing her spooky one-woman show, What the Hell?! on Monday October 29 at 7:30. It's promising to be a rollicking adventure seen through the eyes of several denizens of the underworld--join Veronica and her various incarnations as she reinterprets the ninth circle! 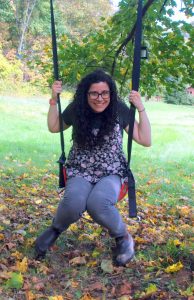 A one-woman show is so fun! How did the devilish inspiration come to you?

It started with a small seed of an idea: "What if Satan went on vacation and left his daughter in charge of Hell?" And it grew from there. I was inspired by the version of Hell described in Dante's Inferno and I thought about how it could be updated for modern times. Then I started exploring the world and discovering the characters that live in this version of Hell.

How was working with your director, Joanna Simmons?

Working with Joanna has been great! I came to her months ago with several character monologues that I wanted to turn into a narrative. She encouraged me to find a theme that tied them all together and discover why I wanted to tell this story. She understood my vision from the beginning and has helped me bring my vision to life. It has been very helpful for me to have an outside eye look at my work and give me advice to make sure my ideas are coming across.

Is this show one narrative arc or a series of sketches? What can the audience look forward to seeing?

The show is one narrative arc. It is the story of three women in Hell that are each forced to take a risk and face their fears and anxieties. Carmelita is Satan's daughter and she is trying to prove that she is worthy of ruling Hell. Destiny is the physical manifestation of the power of destiny, and she is going through an identity crisis because she thinks that her powers are ineffective.

Miranda is the gatekeeper of Hell, and she is trying to get up thecourage to ask out the guy she likes.

What percentage horror/percentage farce can we look forward to?

50-50. The horror and farce are pretty intertwined. While writing this piece I tried to find the comedy in my own fears and anxieties.

Did Dante ghostwrite this? How was collaborating with the famed writer of Inferno?

Dante's vision of Hell was huge inspiration to me. He did the hard work of going to the underworld and describing what he found there. As I read his description of Hell, I realized that Hell needed some updates and that's where the idea for Carmelita's version of Hell came from. You'll have to watch to find out what her terrifying version of Hell is!

Don't miss the adventure of What the Hell?!, Monday October 29 at 7:30pm at Magnet Theater. 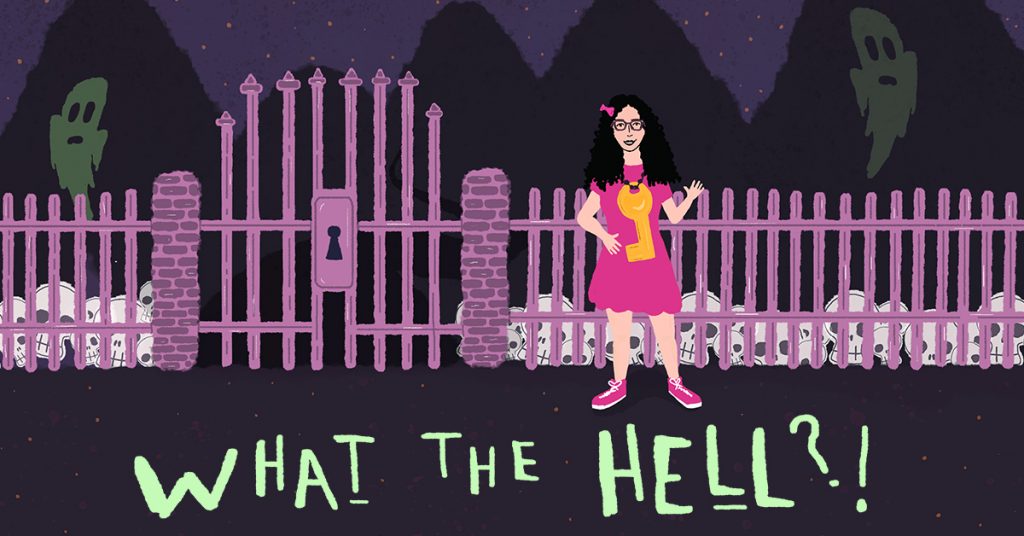