Getting to Know: Michael Stevens 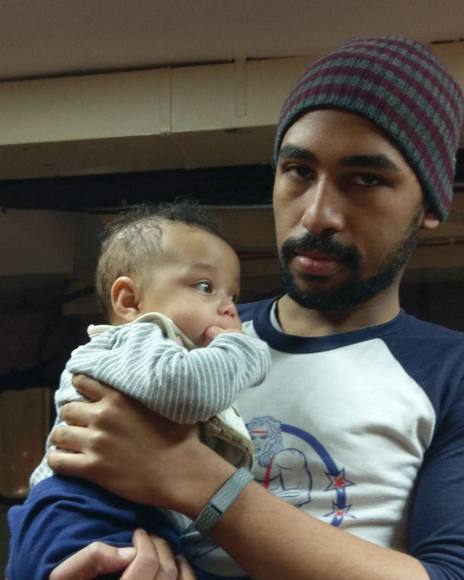 Oh boy. I'm with Gary from HR (sketch), Good @ Sports (indie), FAM (indie), The Neighbors (Megawatt), and then a smattering of duos: Just 2 Brothers w/ John Ross, Can't Catch A Cab w/ Ashley Glicken, Father & Son w/ Brendan Goggins, and Squirtle Squad w/ Aditya Otiv. I also am directing The Multiplex, which is a fun lil' form near and dear to me. Eaves is also an indie trio I'm on but we're less of a team these days and more of a state of mind.

I'm from Brooklyn and I went to school on Long Island. Yes, I commuted everyday.

Honestly, I found improv after finding live theater as a creative outlet. My older brother was an improvisor so I took a whack at it in college. I think I probably considered myself more of a actory-type boy than a comedy-type boy... but I found improv and loved it. Took a break after college and picked it back up in 2015.

I learned to read very early and have been writing since I was 3, I shit you not. All of the stuff I wrote when I was 3 was garbage. I didn't really establish my voice until I was eight. I've been writing very well ever since.

I started acting in high school. I was just coming out of homeschool into my formative teen years so I was naturally a bit of a quiet weirdo with voices running around his head.

Scene partner? Either Keegan Michael Key or Aubrey Plaza. I saw Keegan in Hamlet where he played Horatio. I thought he did such a good job adding light to a play that's actually VERY funny. I think he's obsessed with pathos in the same way that I am. Aubrey Plaza because I think she's an insanely underrated actor who Warner Bros should be paying $500,000,000 to play the Joker. I shit you not, she's the best incarnation of the Joker that will never be performed.

My ideal writing partner would probably be Jordan Peele, for very obvious reasons. I think he and I would write a kick-ass superhero movie together. I already have the plot and everything. My next pick would be David Lynch. I would like to write with him because I love his films, but feel guilty because there are never enough black characters.

Impersonate: Jeff Goldblum. He's an actor I love, and a natural comic talent that I love but CANNOT impersonate.

I'd like to write for LaKeith Stanfield. He's a special kind of weird. Maybe a Lethal Weapon type cop movie with LaKeith and me playing Jeff Goldblum is the thing I oughta work on.

Without going into too much detail: Sadness.

I have to stop here, because if I don't I'll be here forever.

How someone answers "What's your favorite superhero" usually tells me everything I need to know about a person's values.

Gassed Up w/ Good @ Sports! 10:30pm! And if by some twist of fate I'm not doing improv, I am at some movie theater. Or on the subway listening to shoegaze, smiling and crying next to some ghost while metal spiders crawl out of my body.

My favorite Disney Channel Original Movie is High School Musical 2. For a variety of reasons:
1. Zach Efron did not lip sync in this one. In the original he was dubbed over by some weak ass tenor named Drew Seeley. I don't have a problem with Brother Seeley's voice, but I do feel that pretty ass tenor voices are over represented in music, especially musicals. Zac Efron is on the lighter side of baritones, but I think he has a stronger voice, and I think he gave a better performance. I think it's very weird they dubbed his voice over in the original.
2. Bet On It is a legit, relatable song and a total BANGER even after all these years. If you wanna see me punch a dude in the face, play that shit. He has a falsetto note in that song that I cannot hit to this day. I mean. I can hit it. But it sounds like shit.
3. For more questions about all things High School Musical related, please email me, because I saw all three, and love them all.
4. THERE WOULD HAVE BEEN NO GLEE WITHOUT HSM.
Tags: Can't Catch a Cab, comedian, comedy, FAM, Father & Son, Gary From HR, Good @ Sports, Improv, improv comedy, indie, interview, Just 2 Brothers, magnet, new york, new york city, nyc, profile, sketch, sketch comedy, Squirtle Squad, The Multiplex
Site Credits