Getting to Know: Frankie Johnson 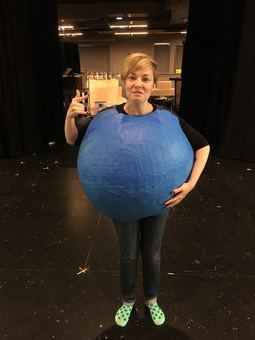 Mostly Tennessee (I moved around a lot).

I was living in Charleston, SC and a friend recommended I try an improv class at Theatre 99 (shoutout!). It was super fun, and I continued studying improv (and later sketch) after I moved to NYC. Three comedy schools and a billion classes later, here I am!

A little in college, but fairly regularly for about 9 years.

"What are you drinking? Is it good?" Cool stuff like that.

Probably at home complaining about the lack of options on Netflix.

If you could Freaky Friday body-swap with any other Frank(ie) or Johnson, who would it be and why?

I would swap bodies with Dwayne "The Rock" Johnson. I'd really like to know what it's like to lift someone over my head. Also, he's a national treasure.