Getting To Know: Marie Denny 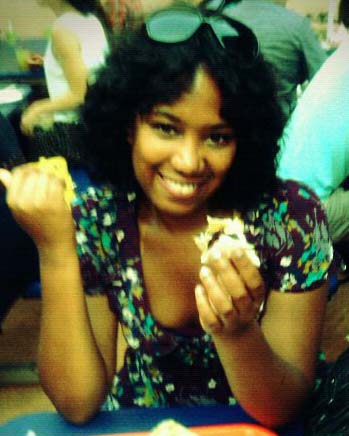 I was born and raised in London, England, then Chicago, IL.

I moved to New York 8 years ago as a dramatic actor associating improv with comedy-which felt out of my league. After a few years here I decided to take an improv class to book more commercial auditions so I could be somewhat poor instead of all the way poor. I didn't really know what long form improv was before that but I was hooked immediately. Sketch felt like a natural progression a few years after that.

Since high school but it wasn't something I thought I would do with my life until after college.

Michaela Coel. Chewing Gum was one of the most brilliant, weird, authentic and original shows I've seen in awhile.

I'd love to write for Robin Thede on The Rundown. The show has a voice and perspective you won't find anywhere else in late night and she brings a fun energy to our current, nightmarish news cycle.

Well I'm a big old 80's baby so it would start with some manic 80's pop and then move into some smooth 90's RnB. Throw in some Snoop and Riri for good measure.

"How's it going?" Practicality won out.

Probably slinging drinks in a bar dreaming of one day being an old, eccentric hermit.

Would you ever consider keeping a rodent as a pet?

Only if it could do useful stuff like bring me the remote and make my bed. That would actually be pretty dope, I might be into that.