Getting To Know: Kourtni Beebe 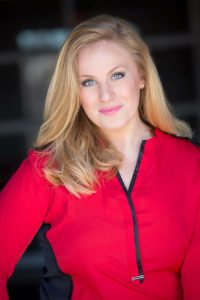 I'm on the sketch team Chillionaire!

My best friend suggested that I take an improv class for fun. After doing that for a while, I was curious about sketch writing. There was no turning back after I took my first sketch class.

I've been performing for 24 years. I've been doing comedy for 4 years.

I'd love to write and act with Amy Schumer. I have a comedy fantasy of us doing a film where we play sisters and Ali Wentworth plays our mom. Make fun of me all you want!!!!! It'd also be fun to write with Melissa McCarthy and Amy Poehler. Lucille Ball was one of my idols growing up and I wish I could've gotten the chance to share the screen with her.

When callbacks happen in regular conversations. It's even funnier to me when someone does it who isn't a comedian.

Honestly, you can turn on the Legally Blonde The Musical soundtrack at anytime and I will never not jam out to it.

"Do you like dogs?" If the answer is anything negative, you can't sit with us.

A fun bar with my friends, usually chatting about what projects we want to work on together. If you're good people and want to join us sometime, reach out to me!

What is the weirdest scar you have and how did you get it?

I have an insane scar on both of my hands from a Nutribullet (type of blender) breaking while I was using it and my hands fell into the running blades. There's a lawsuit happening. And I'm writing a show about it called "Nutribullshit."