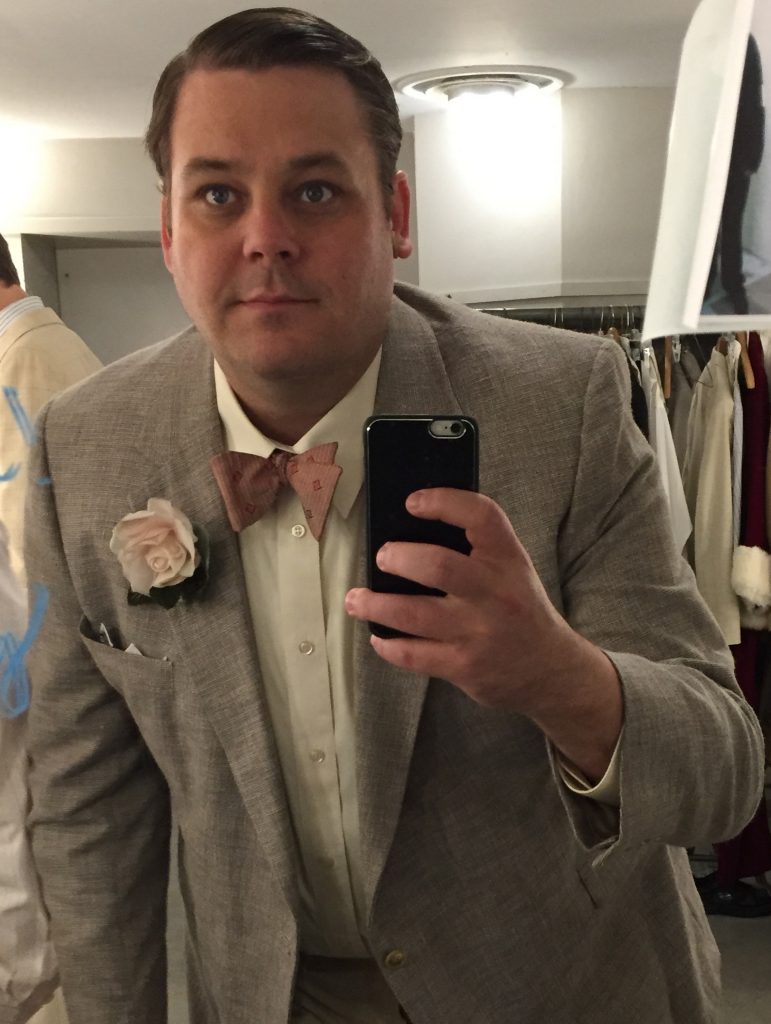 Magnet mainstay and member of Warm Blooded on Musical Megawatt, RYAN DUNKIN, has just landed himself the role of Cal in the First National Tour of the hit Broadway musical Waitress! We're super excited for Ryan and had a chance to catch up with him to hear about the experience thus far.

You were just cast in the First National Tour of Waitresshow does it feel?
It feels pretty great! I've been on a couple Tours before, but this is a show currently on Broadway, that people actually know! I've been very close to a lot of really big projects it's nice to book one! It's a First National Tour, meaning it's the first production other than Broadway.

You've been cast in the role of Cal. Can you tell us about that character?
Cal is the cook. He's a bit grumpy and doesn't understand why everyone is standing around talking when they should be working. He doesn't exactly have a heart of gold but "I'm not such a bad guy, maybe?"

For those that's aren't familiar with your musical theater background, how the hell did you pull this off?
I've been acting professionally since I was about 18. My agents got me an appointment for Waitress and I was really excited. I hadn't seen the show yet so before my audition I went to get a ticket and Sara was in the show at the time and the cheapest ticket was $400 sooo I did not see the show. I had a good audition and then casting sent me to see the show before I did my final callback with all the creative team and producers which is always a good sign. Sara Barellies was there. I sort of forgot she was gonna be there, but she was very nice. So I had my audition for about 15 people and it went well. I got the call later that day.

As an artist, how do you hope to grow from this tour?
When you are working at this level you get to work with the best. The best in every department and if you're surrounded by the best you can't help but learn from them. As an actor it's always interesting and fun to see how people work. I'm really looking forward to it. I'm just gonna keep my eyes down and hope they don't figure out they made a mistake in hiring me.

Do you have a favorite musical? Why do you love it?
My FAVORITE musicals are usually the made up ones that I see and do Tuesdays Nights at Musical Megawatt with my team Warm Blooded. My favorite scripted musical is USUALLY the one I'm currently working on or The Full Monty.

You're gonna be on the road for a long timewhat will you miss most about New York?
Whenever I'm working on a show it usually means I have to leave NYC. What I end up missing is honestly, improv. There really is nothing like it. Most of the time I teach my cast members improv games and make them play them with me.

Finally, can you tell us when the tour begins?
We open in Cleveland in October.

Congratulations to Ryan and the whole cast and crew of the First National Tour of Waitress. Make sure to tell your friends all around the country to get their tickets now and get yourself to Musical Megawatt in August and September to see Ryan play with Warm Blooded before he takes off! Check out the casting announcement on Playbill.com.