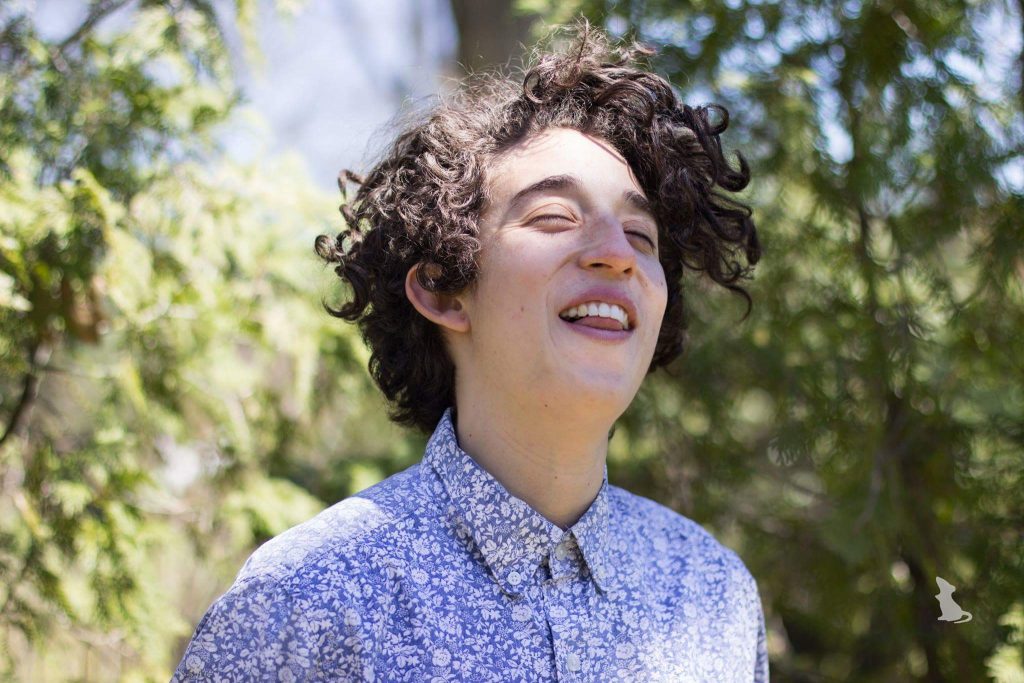 Lorena Russi is a comedian, actor, and creator of a brand new show at Magnet, Timoteo. Timoteo is a stand-up comedy show that consciously thinks about what our bodies/status bring to performances. Each show will have people from one identity sitting in the audience as comics from the counter community perform a set. It's an incredibly interesting concept and so we wanted to ask Lorena a few questions before the show's big premiere next week.

What inspired you to create the show Timoteo?
Timoteo is a show inspired by lack of versatile spaces for marginalized communities. It's designed so that groups can come together without it being in the context of a bar or to hook up. I was also curious about combining opposites in order to highlight how status and bodies affect space and performance. Essentially, I wanted to design a situation where people of the same tribe can engage, to not only learn more about each other and themselves but witness it through a comedic lens.

What's the origin of the name Timoteo?
Timoteo was the name of my grandmother's pet bird in Colombia. Apparently, the bird acted like a dog and was a real treasure of the Russi household. One day someone brought a pig into the apartment -this was Colombia in the 80s, so pigs were the equivalent to a new born baby- and it swallowed the bird. SWALLOWED. THE. BIRD. The poster is a photo of my grandmother and Timoteo together, and I appreciate how their colors, physicality, and tone contrast entirely, but show how they love each other. Since the show is about opposites coming together, I wanted to reflect that in it's photo/name...even thought I'm probably the only person who understands that.

Your show involves comics performing for audiences that are their opposites. How do you attract these specific audiences to your show?
Well at this point my strategy is just running around to all of the Queer bars, talking to homo ladies, and not bringing up how late on a Monday night the show is. BUT. In practice it's been pretty incredible to see just through word of mouth alone how people have shown interest. There's not many shows that make it so that only a certain group or community can attend, which I think has made it interesting for people when I tell them about it. Ultimately it's meant to bring fun to the audience on another level than just the performance, so word of mouth and carrier pigeons are what are filling the seats.

Your show on August 14th features exclusively straight, cisgendered male comedians performing for a queer female-identifying audience. What inspired you to bring these two groups together in this way?
There's obviously a bias for the first show because I am a Queer female identifying person, but I wanted to able to experience the show as an audience member, especially for the first one, in order to get a feel for how it is impacting the audience. I also wanted it to be as specific as possible in the two groups and boy howdy is it specific....I'm sorry for saying boy howdy.

What communities would you like to bring together for future versions of Timoteo?
I would love to have POC from NYC with white people from the midwest, Robots/Technology and humans, older adults/young people.

Check out the premiere of Timoteo on Monday, August 14th, at 10:30 pm when Straight, Cisgendered men will do stand-up for Queer, Female identifying people in the audience! 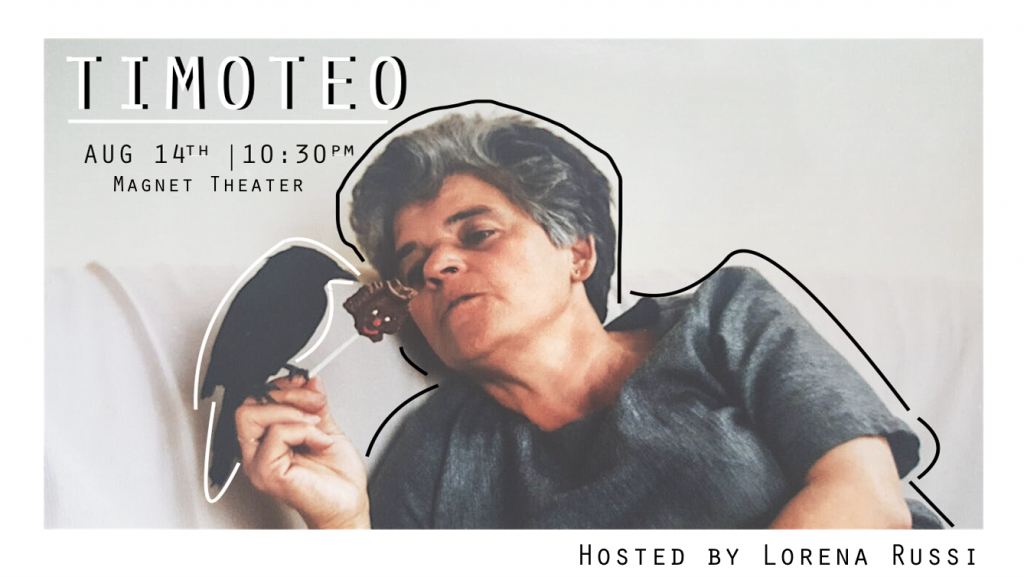