Q&A: “Everyone Is Sad” with Perri Gross 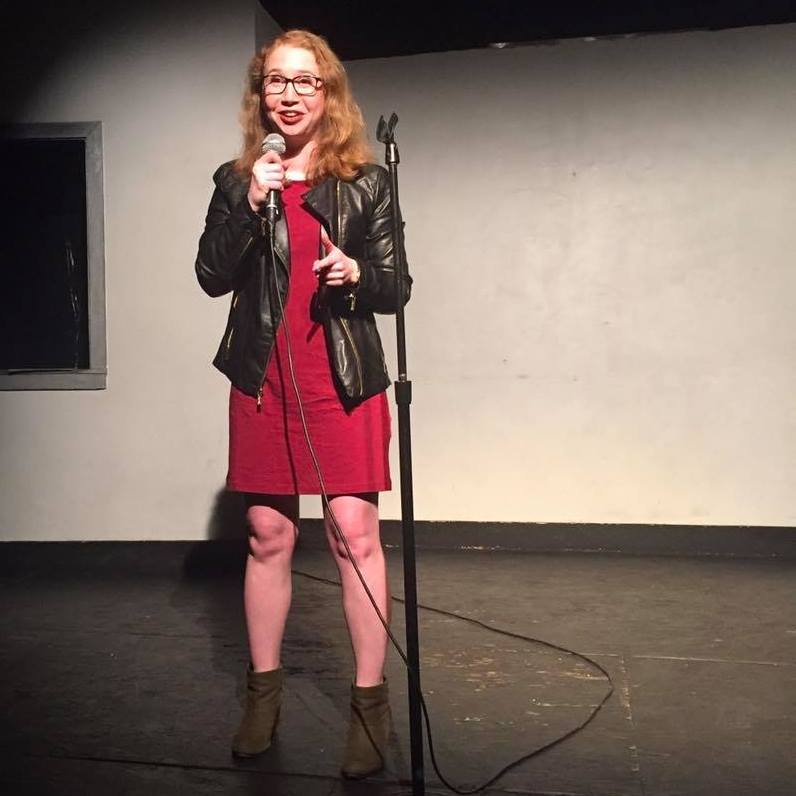 Perri Gross is the host of "Everyone Is Sad," a stand-up show for comedic performers who are relatively new to stand-up. These performers may appear happy doing improv, sketch, and musical improv--but they are all very tormented and sad and want to stand alone on stage. We sit down with Perri to ask her a few a questions ahead of her August 14th show!

MAGNET: What was attractive to you about hosting a show with relatively inexperienced stand-up comedians?
GROSS: I was lucky to have joined a stand up club in college that helped me work out some kinks in my stand up before performing in shows. We would meet every week and have shows a few times a semester. When I moved to NYC, I couldn't imagine not having any experience and just hitting the open mic scene. I liked the idea of creating a similar space where people could give stand up a try and the rest of the audience is also new. It helps people feel comfortable to know everyone is on the same page and new. I encourage experienced stand-ups to come to my mic as well so they can get a true reaction from the audience to test out new material. Having new excited comics creates a comradery that is hard to find in the comedy scene.

M: What was the most embarrassing moment of your early days in comedy?
G: At one open mic, I had to stop my set because I felt my material was too upsetting and no one was laughing just making "awww" noises. Most of my material is based off of real stories, and my set that night wasn't funny it was just sad. I got off the stage, left the venue, and walked all the way home.

M: Where's the weirdest place you've cried, and why?
G: I had a major breakup over the phone near the clock in the middle of Grand Central station. I was dry heaving I was crying so hard. I definitely gave some tourists a great idea of the dreams that awaited them in NYC.

M: What did you start first: improv or standup? What inspired you to make the leap from one to the other?
G: I started doing stand-up first. I did a lot of open mics my first year when I moved to NYC but was looking for an easier way to meet new people and switched over to improv. I found a great community at the Magnet through the classes I took. I was always was hesitant to try improv initially because I like to plan what I am doing. I also hate playing animals and [am] scared to face my fear.

M: Which comedians/improvisers inspired you when you first started?
G: I didn't watch much stand-up growing up but was probably inspired by watching The Simpsons and Seinfeld with my parents. I did always like George Carlin a lot and found his dark style inspiring and close to my voice.

M: If you could watch any celebrity or public figure try standup for the first time, who would it be?
G: Daddy Yankee. He has a lot to say and I just want him to come out of the wood work. I'm really happy Despacito has put him back on the map and I hope he gets to do a tight 30 soon.

Don't miss the next Everyone Is Sad, coming up on Monday, August 14th, at 9 pm! 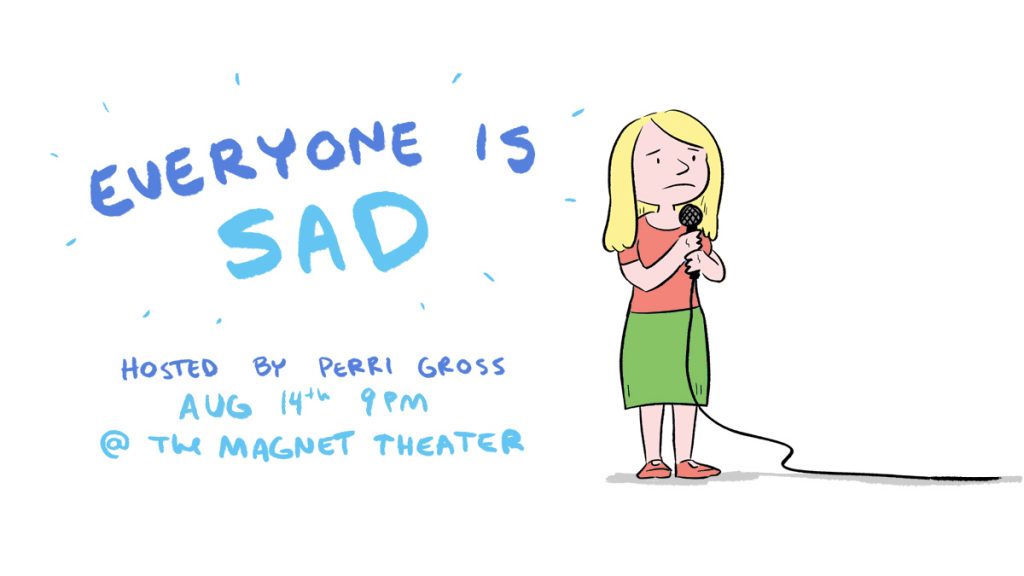