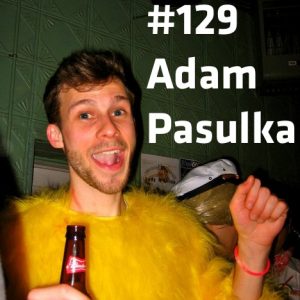 Chillionaire and youthful human, ADAM PASULKA, joins host Louis Kornfeld to talk about cruise ship comedy, why hosting the Mixer is such a joy, and his recent brain surgery. We also hear about Adam's circuitous path to becoming an entertainer, how he met his hometown girlfriend hundreds of miles away, and theories on coaching improv. Ready? Set. Listen!

We begin this episode talking about improv jams and Adam's recent takeover of the Wednesday Mixer hosting duties. Louis gives us a little history of the Magnet Mixer and they discuss what makes jams horrible and what can make them great. One thing they both value for sure is learning-by-doing with other people of various experience levels. Before we go any further, we back up to find out where Adam comes from and how he got into improv and comedy. A native of the Chicago area, Adam studied art and psychology at NYU Gallatin before running a youth-culture magazine for fives years. Like so many, he found himself taking an improv class and simply got the bug for it. After working his way through classes at UCB and Magnet, Adam made his way onto a Second City cruise ship cast, performing improv and sketch comedy for the masses at sea!

With Louis having also done a stint on a Second City cruise, both he and Adam are able to dive into talking about the type of comedy and the type of people you see on the cruise ships and what life is like for the workers on those ships. They also talk about magicians and the different types of stand-up comedians on cruise ships, offering strong praise for the great Jeff Harms. Additionally, Adam shares the story of how he met his girlfriend on the ship and how they were connected even before theyd ever met.

Back to the present day, Adam and Louis talk about coaching improv, a topic near and dear to Adam's heart. They reflect on working with a team as a coach and about the other side, from the improviser's point of view. Louis likens the process of finding the right coach to dating and they lament over the difficulty of breaking up with both coaches and teams.

Finally, Adam talks about his recent brain surgery and his overall health (which, if you're already concerned, is a-okay). He walks us through the experience of having a seizure, discovering that he had a fairly large mass in his brain, and getting it removed a few months later. It's quite the tale and we can hardly believe he's back on stage, delighting audiences with his wit and performance, so soon after doctors messed with his brain. Hats of to Adam and cheers to his good health!! 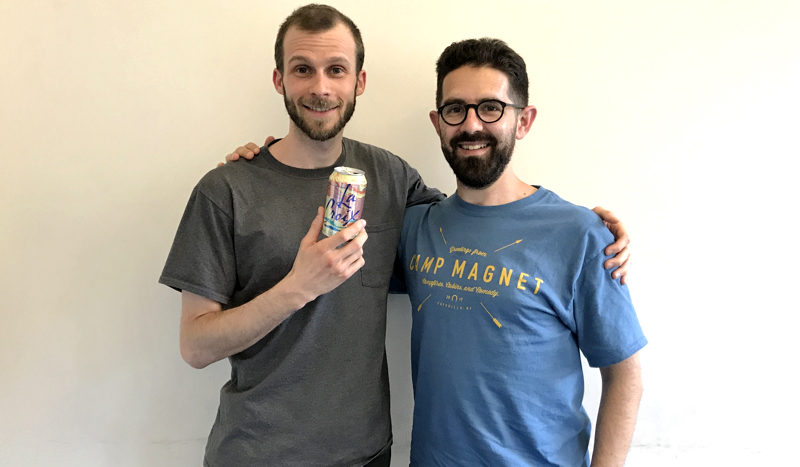