Getting To Know: Johnathan Ross! 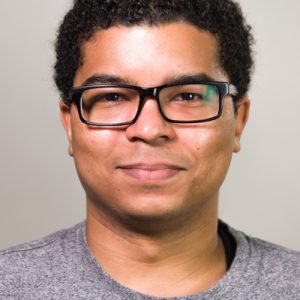 Started improv to improve stand-up skills and then I just never stopped doing it.

Probably Dwayne "The Rock" Johnson or "Key and Peele"

I'd like to impersonate Obama. And I'd love to write for/with Donald Glover.

It's mostly Kanye with Chance the Rapper, Childish Gambino, Beyonce, and Solange sprinkled throughout. Kendrick Lamar would get a lot of features and DJ Khaled would probably do all the mixing. Alabama Shakes would make a surprising appearance as would Miley Cyrus.

Did you see/Do you watch [current movie/show I'm obsessed with]. Right now it'd be Mr. Robot or Blair Witch

At a movie, at home watching Netflix, out doing Karaoke, in a show, or grabbing drinks with friends.