In 2009, musical improv was still a relatively new form. The Magnet had two musical teams performing on every-other Friday - and the weekly Made Up Musical.

Having been a part of so many improv festivals over the years, I thought the time was right for one that focused just on musical improv. When I pitched the idea of the first annual New York Musical Improv Festival, I had no idea what I was getting myself into.

I went to the two musical teams and asked if anyone wanted to volunteer. Two hands went up, Robin Rothman and Melanie Girton. We became a producing team (eventually including Mary Archbold, Lisa Flanagan, and Michael Lutton) and organized the first festival in November 2009. 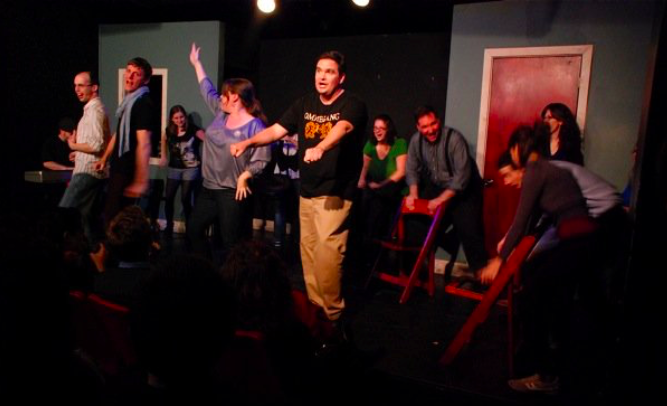 It was two nights long and featured NYC teams, Broadway performers, and BASH from Chicago - Blaine Swens incredible one man improvised musical provoked the first spontaneous standing ovation I ever saw at the Magnet. (The photo [to the right] is from the Tara Copelands NYMIF All-Star Show. Notice the old wooden chairs.) 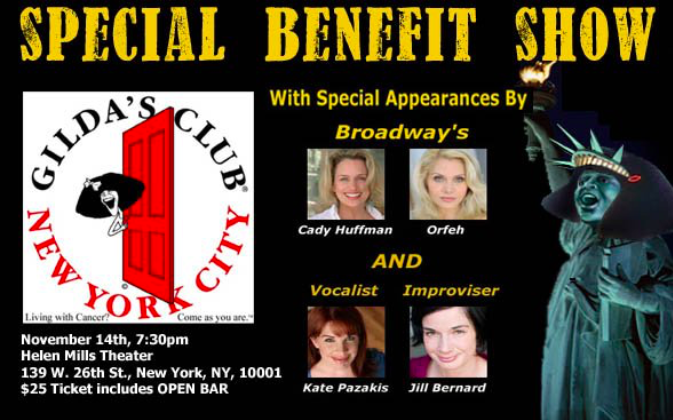 It also featured over-doing it, forgetting to eat, and not sleeping - as one of our producers was carried from the Magnet office into to a waiting ambulance.

2011 may have over-expanded. It was six nights long and had a producing teams of 16 people. Since then, we have enjoyed a four night festival with three or four people on the producing team and over the years, the festival has featured hundreds of performers from across the U.S. and Canada, and even Australia.

From the beginning, the goals of the New York Musical Improv Festival have been clear:

2. Promote Musical Improv as a form in NYC and across the country.

4. Feature every performer and their home theatre - even if its down the street from ours.

Performers return to the Magnet year after year for the NYMIF, meeting, performing, watching shows, exchanging ideas, talking theatre upkeep and mortgages, arranging to perform at each others theaters - and relaxing at the annual performers brunch.

As we head into our 7th annual festival, we can proudly say that the NYMIF and the Magnet are recognized as national leaders in musical improv. 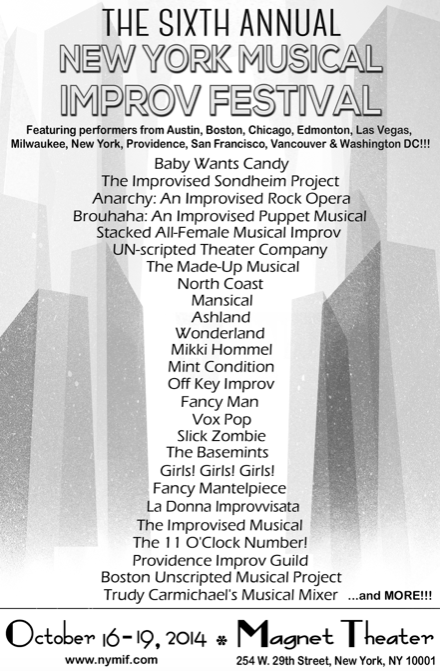 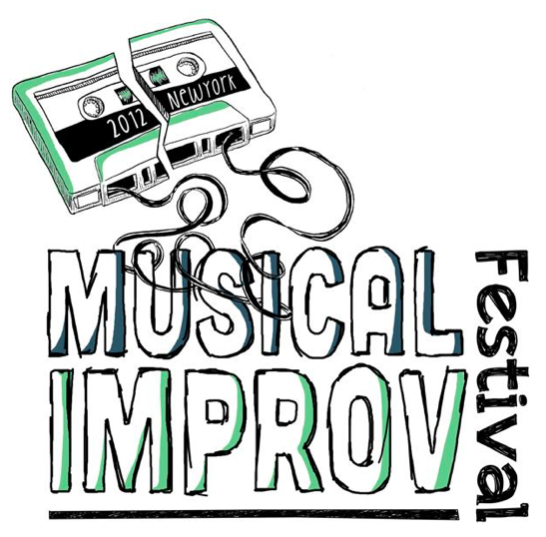